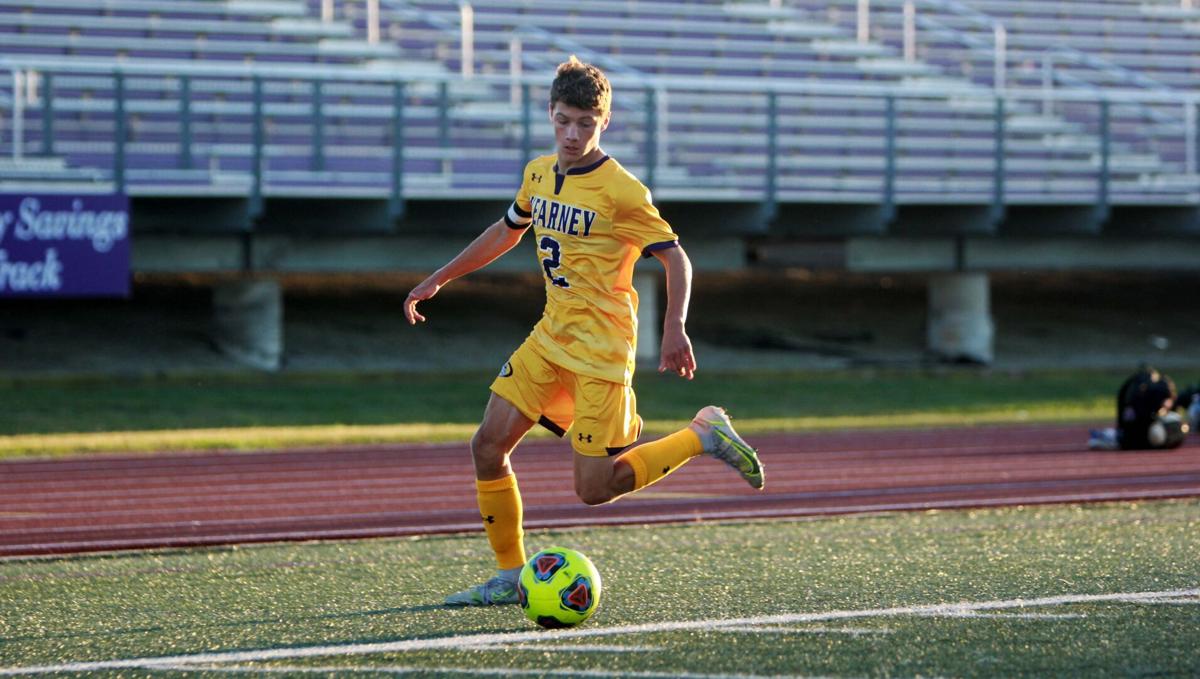 Tucker Jones crosses the ball on the right wing for Kearney on Thursday, Sept. 23. 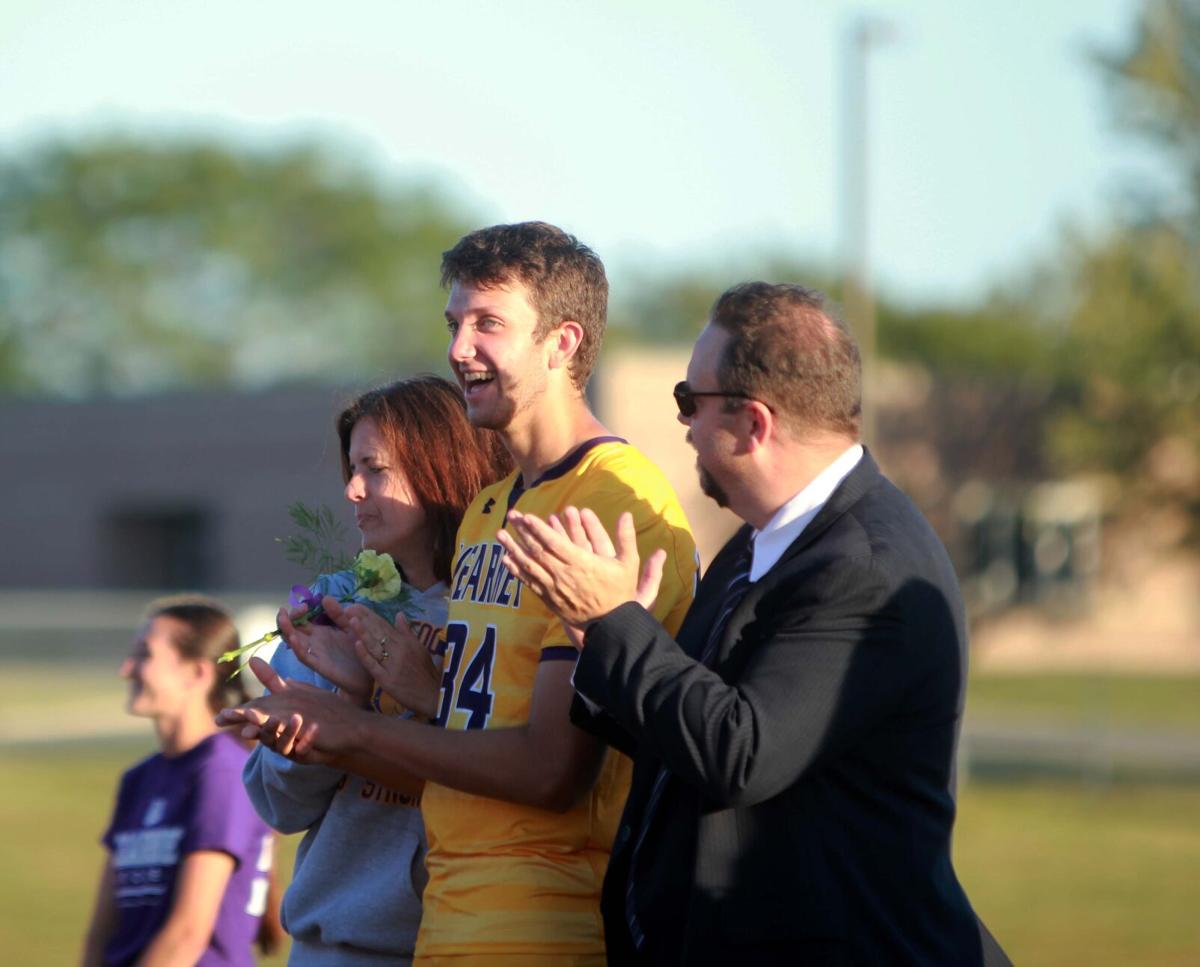 Tucker Jones crosses the ball on the right wing for Kearney on Thursday, Sept. 23.

There’s speed and then there’s "faster than anyone," which head coach Kearney soccer coach Bill Forman heard from an assistant referee in Kearney’s victory over Winnetonka.

The Bulldogs scored six goals in the second half to defeat the Griffins 8-0 on Thursday, Sept. 23. Opening the scoring was Aidan Komarek, who headed the ball into the back of the net from a beautiful cross from Tucker Jones on the right wing.

Jones was impressive in his role as an attacking midfielder. He used his pace and touch to get around the Griffin defense all game.

“We were moving the ball side to side and finding through balls,” Jones said. “Our wingers are much faster than most defenses, which allows us to cross the ball in.”

During the second goal, Tucker made a move on the right wing and sent a ball toward Tanner Nichols in open space. Nichols passed the ball to the top of the box, which found the foot of Noah Jennings. Jennings used the inside of his foot to place the ball into the back of the net beating the Winnetonka keeper.

“We’ve been working on guys’ runs up top,” Forman said. “The guys made some great adjustments. We had opportunity after opportunity because they did not know where it was coming from.”

All smiles from @KMOsports @KHSMens_soccer’s Coach Bill Forman so far in this game! Kearney leads 2-0, second half coming up. pic.twitter.com/HvVskgpk8J

Kearney came flying out of the gates in the second half with two goals scored by Julius Green, another by Komarek and Tanner Nichols. Kearney’s eighth goal came from Ashton Holloway, who tapped in the final goal which sealed the victory for the Bulldogs.

“I was going to get a win on senior night,” Forman said.

Kearney celebrated eight seniors in a ceremony prior to the game. Komarek, Nichols, Green, Holloway, Will Dolinar, Creason Kane, Jon Rinehart and Corben Markley were all applauded for their hard work.

The Bulldogs will be back in action when they play Staley at home on Tuesday, Sept. 28.