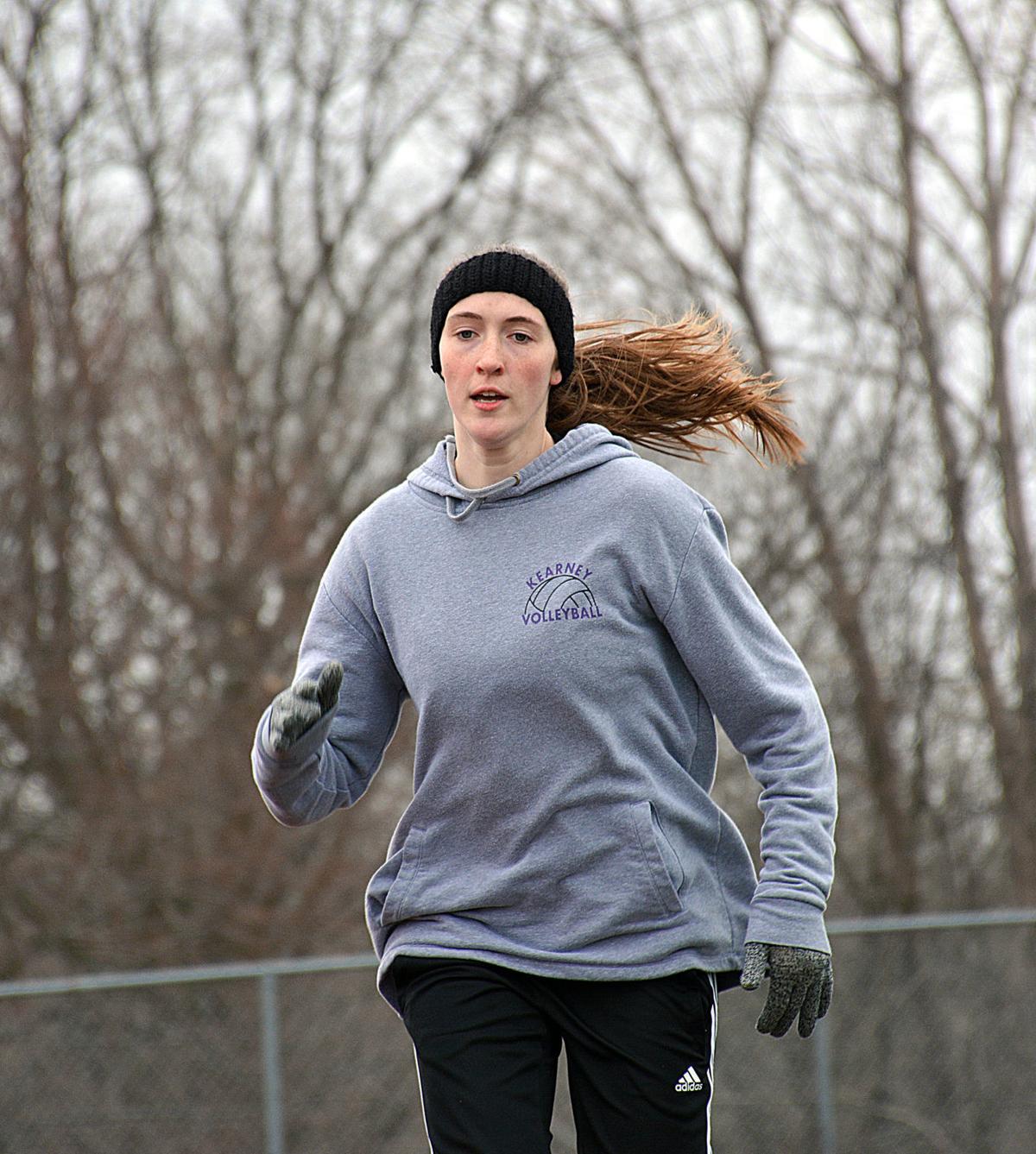 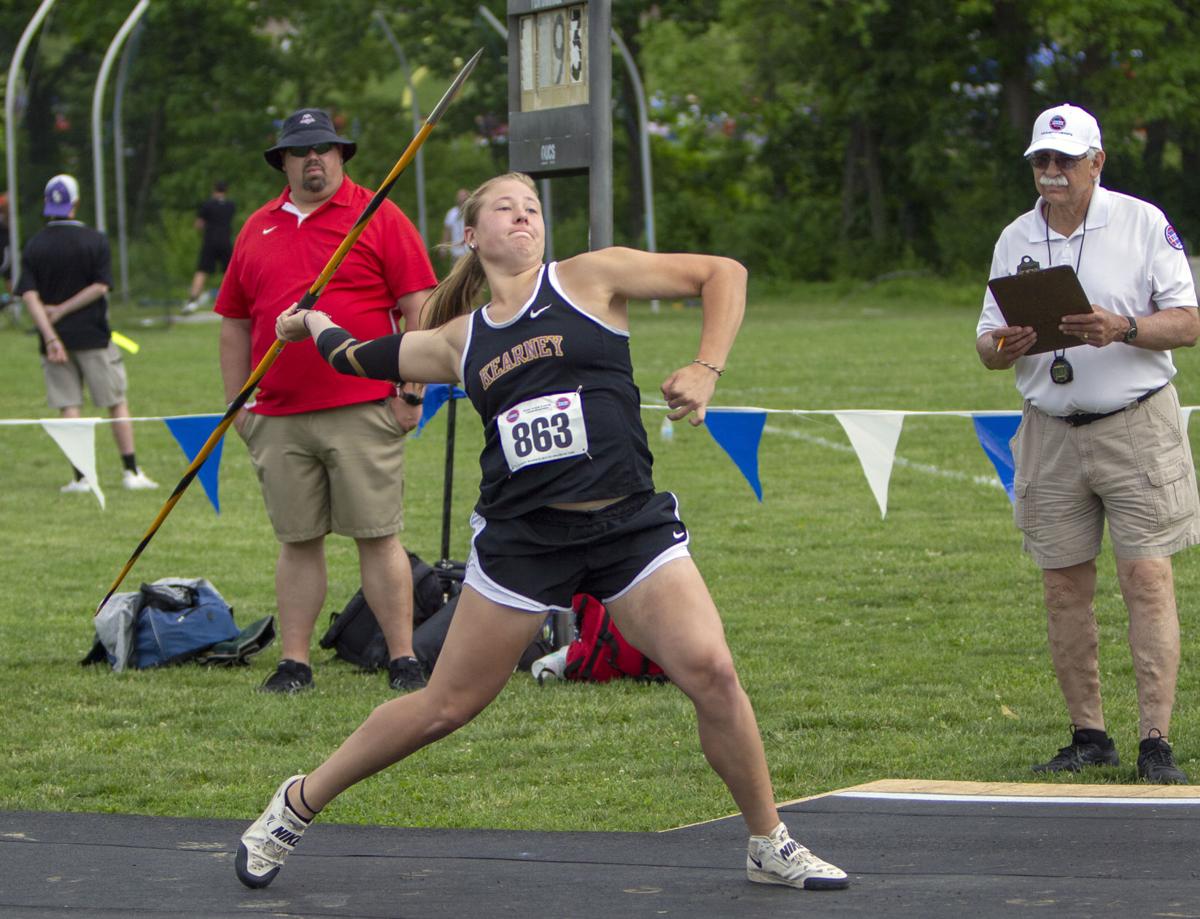 Kearney senior Sierra Culver leads a talented group of throwers returning for girls track this season. Culver is pictured throwing the javelin at the Class 4 state meet in 2019.

Kearney senior Sierra Culver leads a talented group of throwers returning for girls track this season. Culver is pictured throwing the javelin at the Class 4 state meet in 2019.

KEARNEY — Geoff Hutton had big expectations for his Kearney girls track and field team despite having less than a dozen practices before the COVID-19 pandemic disrupted his first season as head coach.

During the short observation window with this group, Hutton has seen enough of this team over his last few years as a Kearney assistant coach to suspect these Bulldogs could push for a repeat as conference and district champs.

Hutton said he expected his throwers to have a big year with seniors Sierra Culver and Quinn Weakley leading the way.

Culver finished runner-up in the discus and third in the javelin in Class 4 at the state tournament last year. Culver set the school record for both events and even held the javelin state record for one round before it was eventually broken twice in the state meet.

Weakley was one spot away from placing in the shot put as she finished ninth at state.

Hurdler Kyla Warman, who qualified for sectionals last year, rounds out a group of seniors that give the Bulldogs a lot of experience heading into this season.

Kearney is not lacking for talent in the running events either.

Hutton was also impressed with the solid crop of freshmen he added to an already strong group of returning runners.

Hutton said middle distance events were still up in the air, but he felt like the team could slide sprinters up and long distance runners down to help get strong performances in those races.

“How the cards would’ve unfolded in that situation was anyone’s guess, but we felt like we were going to be deep enough to do that,” he said.

Some runners may have accidentally started training to cross over into different events during their individual workouts away from the team.

Wood said one of the toughest parts about working out away from coaches and team facilities was trying to train for precise distances. She said she’s used to doing sprint work, but her workouts have needed to rely more heavily on long distance running.

“It’s been hard to try to keep ourselves in shape … and just try to get prepared for (the possibility of) a championship season without other meets and without getting to run with our teammates.”

The running events have been left with the most uncertainty for the Bulldogs, but Hutton thinks the throwers and other field event competitors will develop the most rust as their events require school facilities and equipment.

Weakley said that has not been a problem for her as she’s had access to a shot put and a discus for most of her life thanks to her father being a throwing coach.

“I throw in my yard a lot, and I do footwork drills that I remember from seasons past,” Weakley said. “Basically I’ve just been having practice, but at my house with my dad.”

Weakley entered the season with plans to break the 40-foot mark, but she also wanted to improve her personal record of 39 feet, 5 ¼ inches by 3 feet to break the school record.

“This season was meant to reach all of the goals that I intended to reach before college,” Weakley said. “I’m going to be pretty upset (if the season gets canceled). But, I will be thankful for all the time that Kearney track has put into me and all that we’ve accomplished together.”