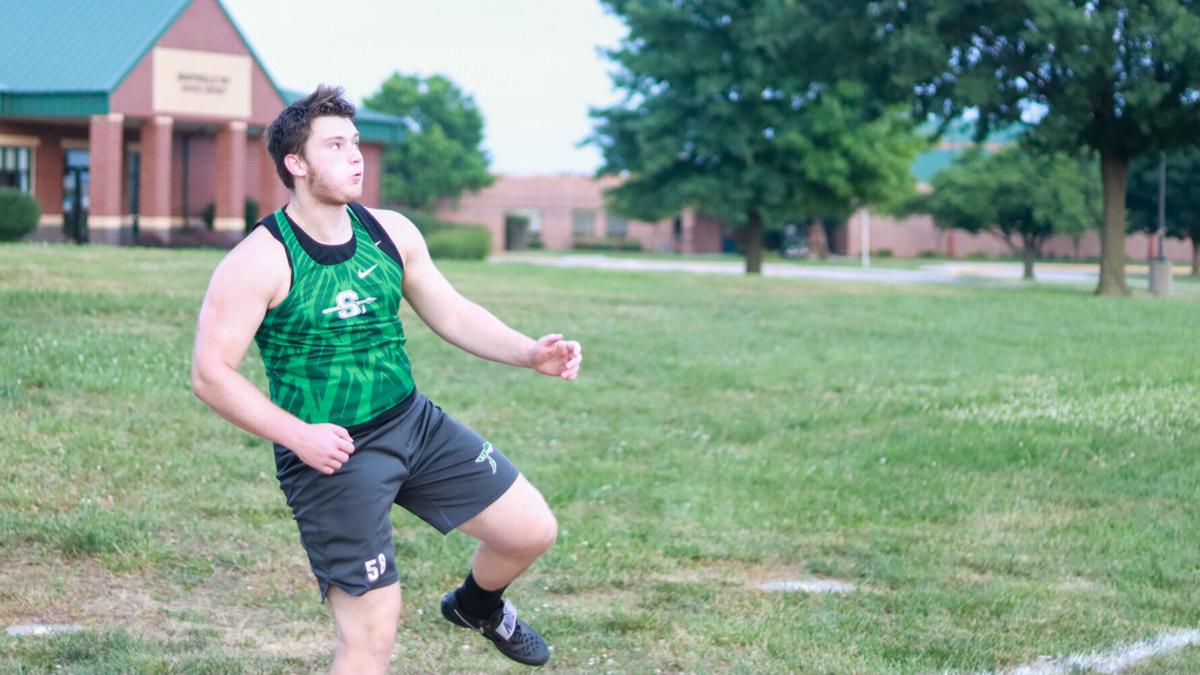 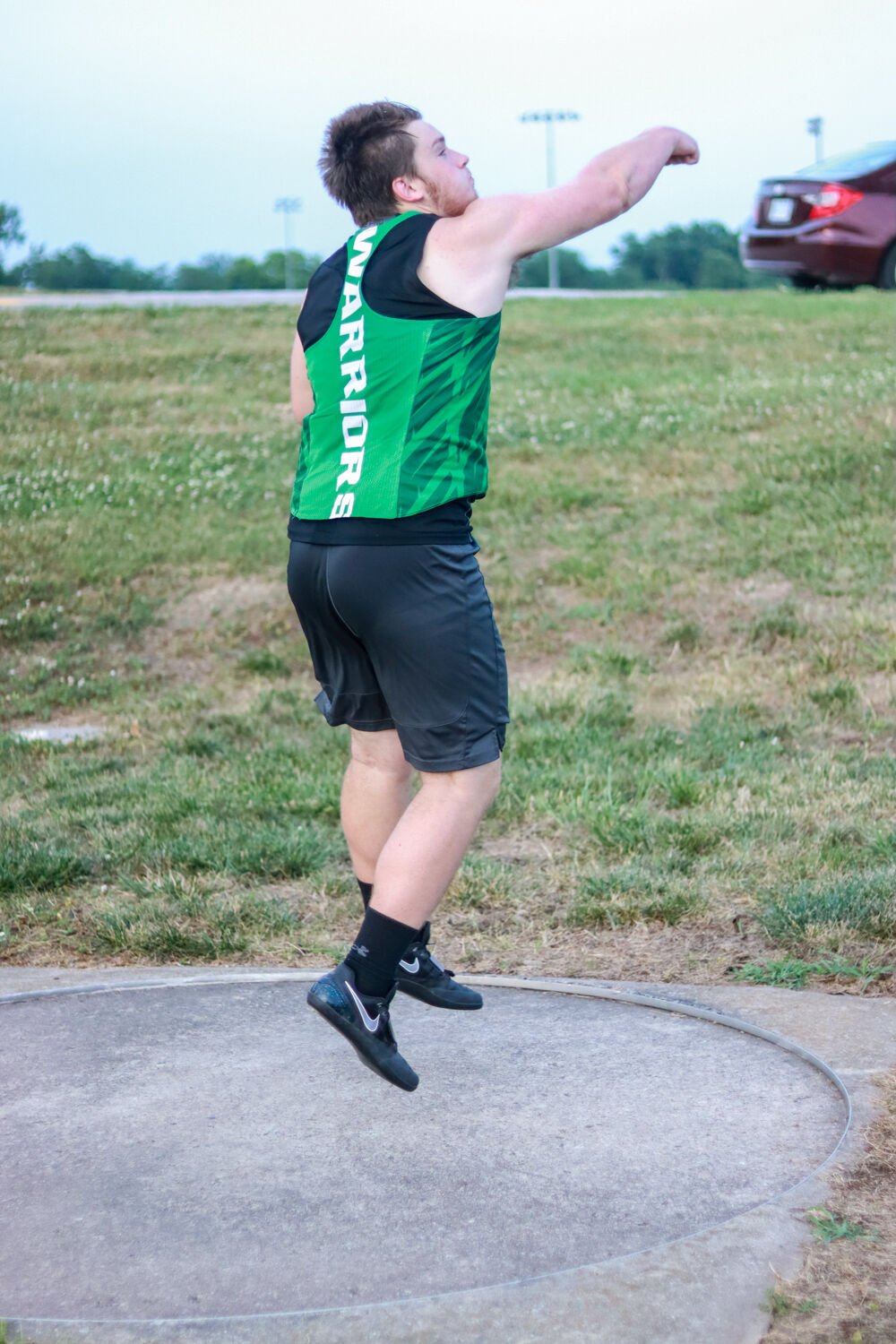 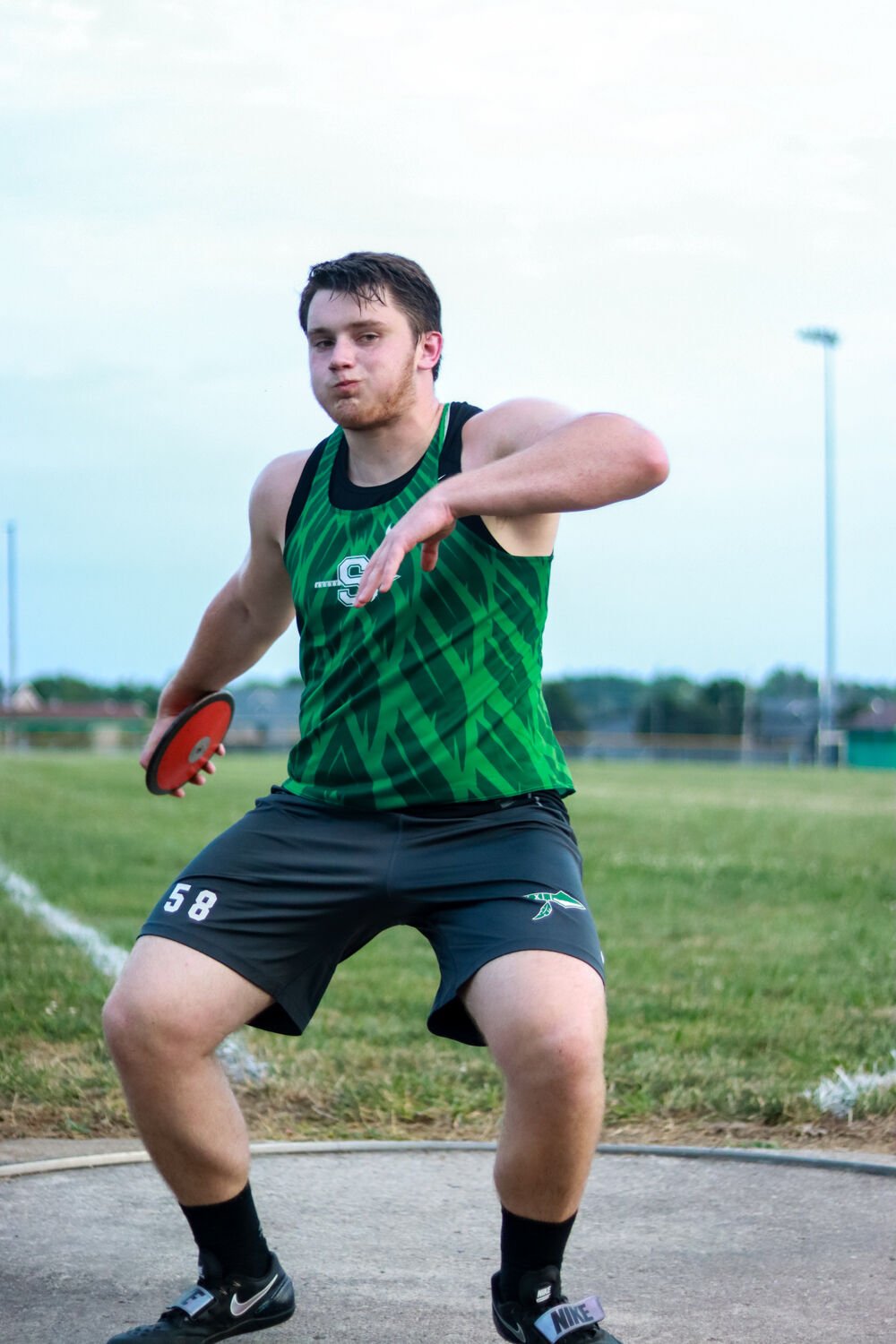 When the season was ultimately canceled following school closures in March caused by the coronavirus pandemic, McKimens knew medals were out of the question. He still was hoping for one last chance in the discus ring before his graduation on Saturday, July 18.

On Tuesday, July 14, he got his opportunity and he made the most of it.

In front of a small crowd at Smithville High School that included an official to document the achievement, McKimens set a new school record with 159 feet, 5 inches. Paul Huddleston previously held the record with 156 feet, 4 inches in 1980.

Despite taking down a four-decade old record with room to spare, McKimens was not surprised by the accomplishment. He was actually a little disappointed.

“I don’t know how to put it in words,” McKimens said. “I feel good about it, but I feel like it’s not where I was.”

McKimens, who will play football and compete as a thrower at William Jewell College, started preparing for the track season as soon as football ended in November. He added one-on-one workouts, focusing on tightening up his technique. By the time spring season rolled around, he knew that he could push himself to 160 feet and beyond.

McKimens tried to keep himself ready for throwing events until the season was officially canceled. From there, he turned to preparing for a potential football season during his freshman year of college. He didn’t find out he would be able to challenge the discus record until Smithville boys track head coach Alex Moore gave him the greenlight two weeks ago.

“I wanted to make this as official as I could and not have it where we had multiple attempts at it throughout the summer,” Moore said. “I wanted to try to get the opportunity before he actually had his graduation ceremony.”

McKimens said his three-month break took a lot out of him and he could have pushed himself with a little more time to prepare. He apparently meant an extra 30 minutes.

After Tuesday’s event ended, McKimens stuck around to get in some more throws. He put in a couple rounds of sending three discuses spiraling across the field before he jogged down to retrieve them. Some of the discuses were well past 160 feet, not always because they skidded or rolled after landing.

It wasn’t official, but neither was the best throw by Smithville assistant principal Taylor Middleton, who won the 1997 state championship in discus with 144 feet, 6 inches. Middleton tells a story about breaking the school record during a practice. Strangely, Huddleston happened to be on campus that day to watch his record unofficially fall.

Middleton made sure he was at the event to see McKimens’ feat. McKimens hopes he’ll be able to do the same for the next kid to break the record. He doesn’t seem to think his record will last 40 years or even the 23 years for Middleton’s unofficial mark.

McKimens isn’t as worried about how long the record will last as he is about setting new records, now at the college level.

“I’m happy I got it,” McKimens said. “Yeah, it feels good. It was good, but I think I’m just going to keep throwing.”

For ex-Badgers standout Rick Wagner, return home to Wisconsin means being in ‘a special place’

In Allen Lazard, Packers have a player defenses must ‘buckle up their chin strap’ for