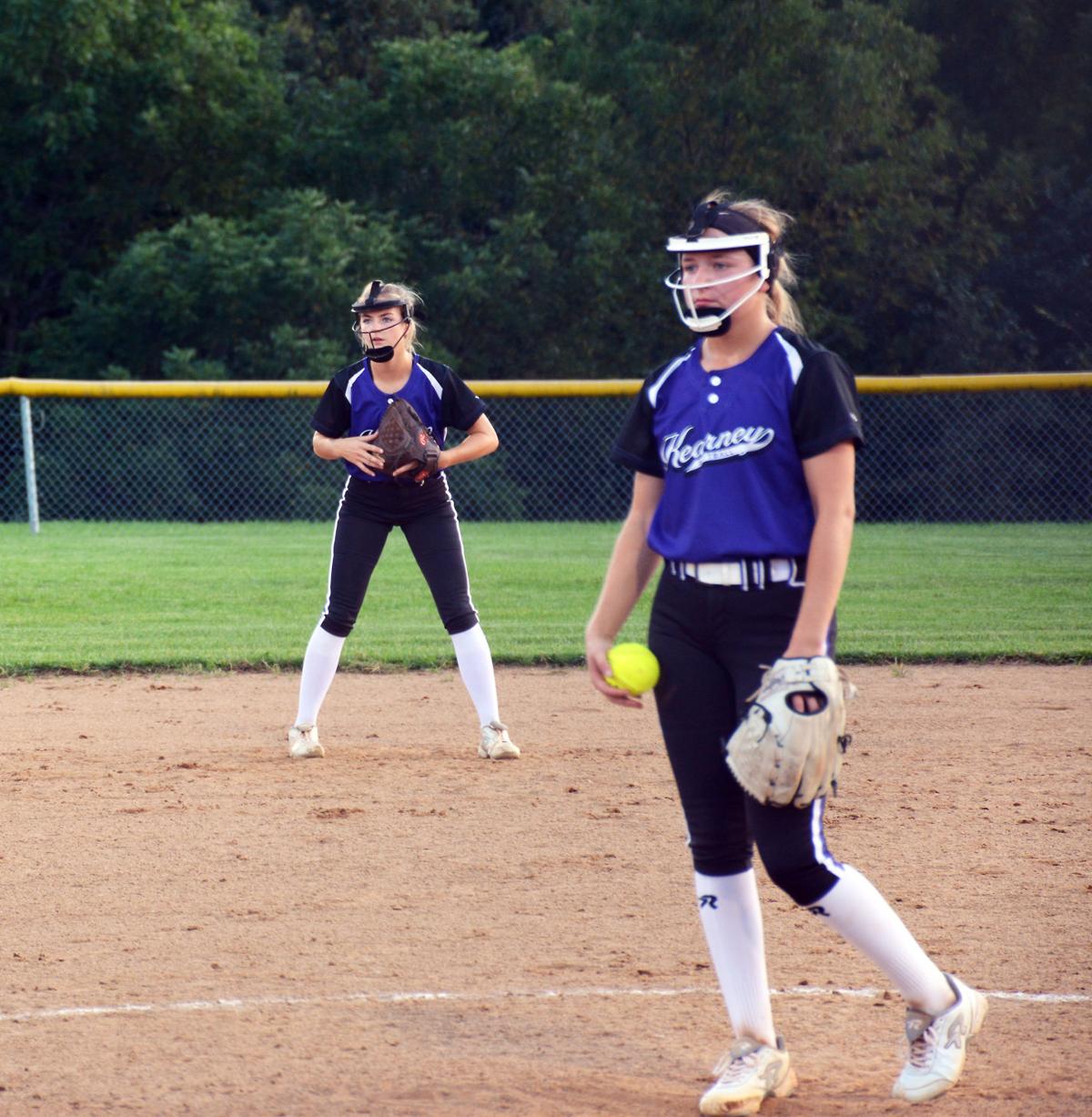 Katie Blodgett sets her sights on the catcher’s mitt in the Bulldogs’ win vs. Smithville Sept. 30. Blodgett earned the shutout victory. 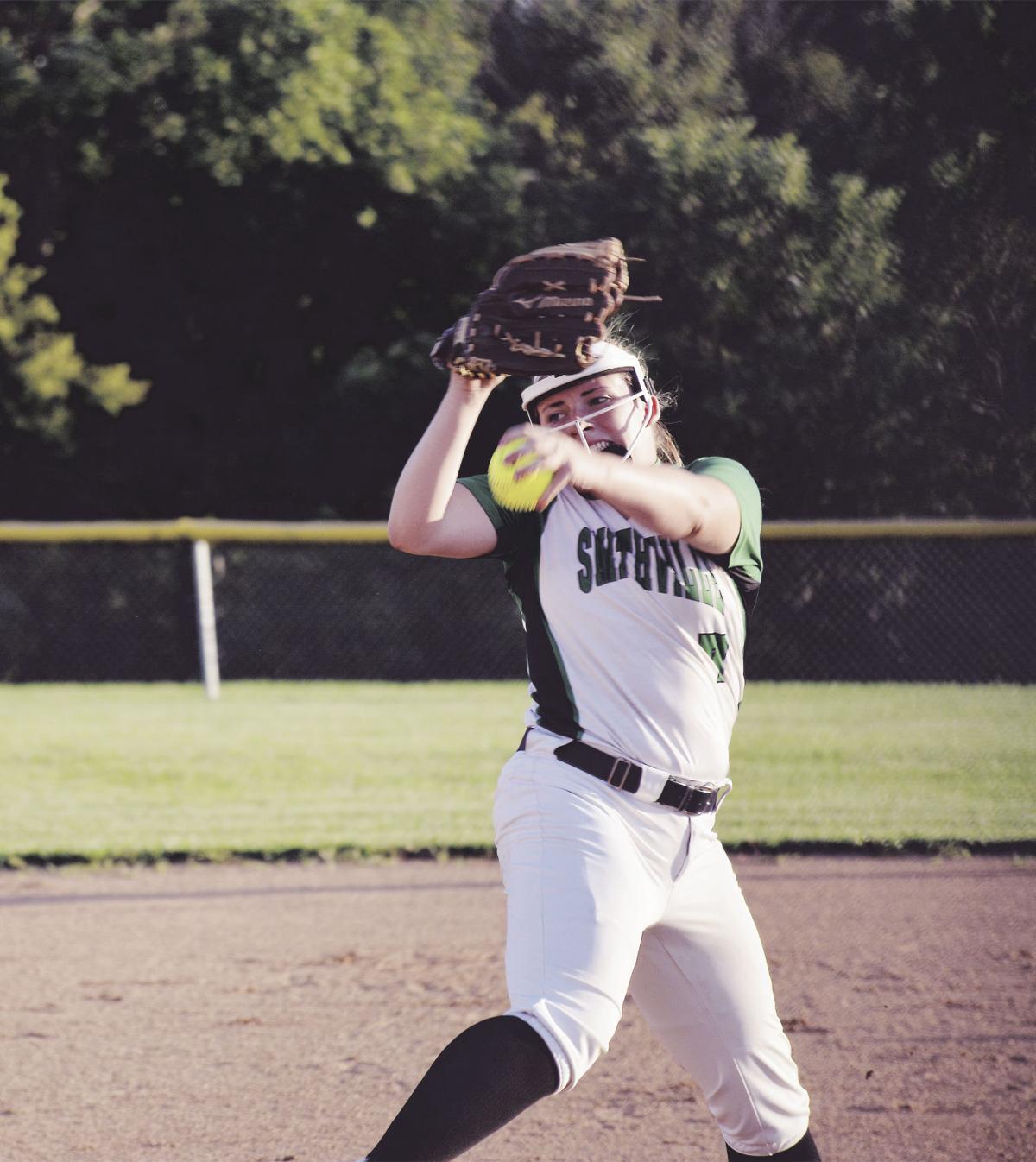 Katie Blodgett sets her sights on the catcher’s mitt in the Bulldogs’ win vs. Smithville Sept. 30. Blodgett earned the shutout victory.

KEARNEY — Katie Blodgett and Makaela Carr put on quite the showing inside the circle on Monday, Sept. 30. But, in the end, it was Blodgett who outdueled Carr to lead the Kearney Bulldogs to a 1-0 softball victory in eight innings over the Smithville Warriors at Kearney High School.

Both Blodgett and Carr threw the entirety of the contest for their teams, going seven-plus innings before Blodgett scored on a throwing error after a Jadyn Barnes bunt in the bottom of the eighth. Blodgett, who reached on an error to start the inning, was moved to second on a bunt single by Lillie Filger before scoring from second on the error.

“It really came down to a pitcher’s duel and to who was going to make an error first and it just happened to be Smithville tonight,” Kearney coach Katelyn Hochard said. “It was quite an exciting game, I’d say that.”

“She just had some crazy good spin on her ball,” Hochard said. “She threw her batters off a little bit and they couldn’t get her timing down or get anything hard in play. Our defense stepped up behind her and made some really good plays.”

“It reminds me of the old days when the pitchers threw from 40 feet,” Smithville coach Steve Tingler said with a laugh. “They dominated the game.”

Carr was strong in her own right, striking out 11 batters and allowing just two bunt singles. She fired 22 first pitch strikes.

“It was one of her best games,” Tingler said of Carr. “She battles out there. She throws hard and her changeup is coming around the last couple weeks; it’s been very effective for her.”

“In the past, if something would go wrong, it might continue to go wrong,” Tingler said. “But like (against Kearney), if something went wrong, she’d just bear down and get tougher.”

Blodgett has also strung together a few strong pitching performances. Headed into the Smithville matchup, Blodgett threw back-to-back no-hitters, the first a 15-0 four-inning no-hit effort and the second a 17-0 three-inning outing.

“She’s been doing well,” Hochard said. “I just think with her being experienced and just that senior leader, she’s just stepped up into that role. She just gives it her all and she keeps pitching well.”

Next meeting of Kearney & Smithville

Kearney and Smithville are slated to face off again in the Urban Youth Academy Scramble on Friday, Oct. 4. During the two-day event, the Bulldogs and Warriors will both face off against Park Hill South, Blue Springs and Webb City.