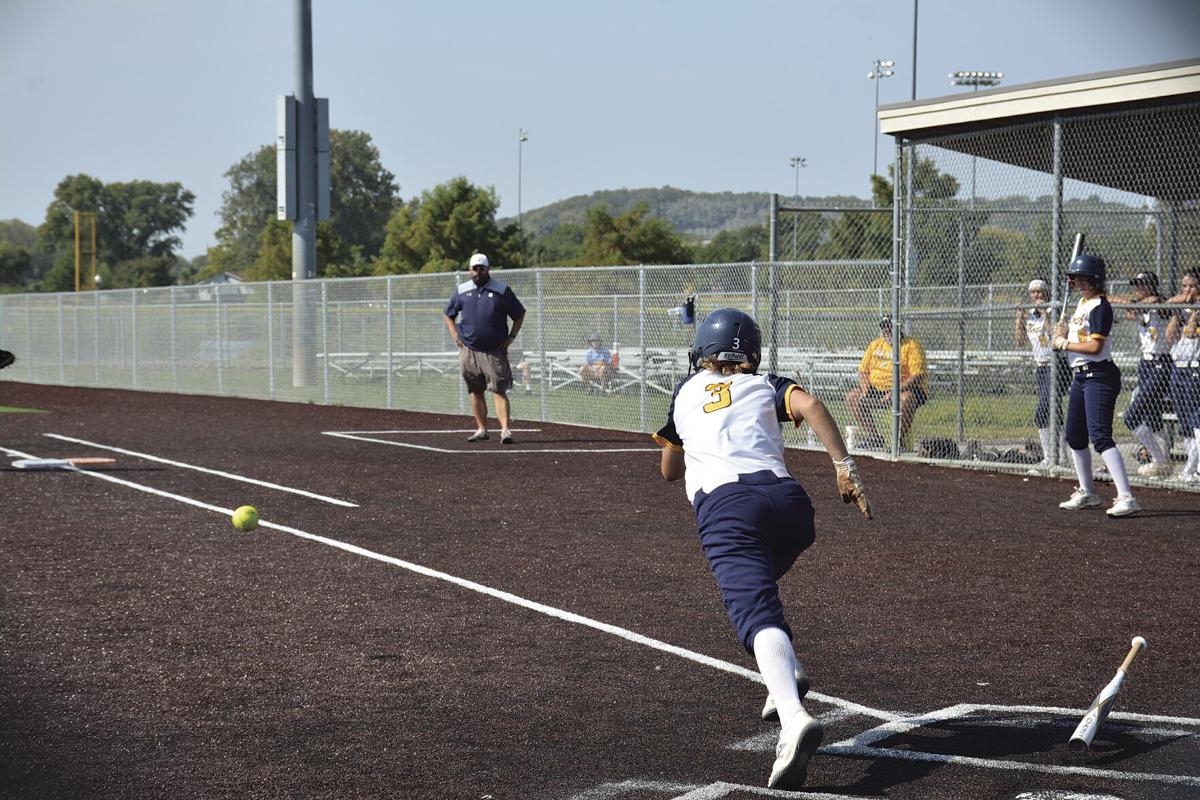 Liberty North senior Avery Gifford runs down the first base line after a ground ball during a softball tournament Saturday, Sept. 26 at Capitol Federal Sports Complex of Liberty. 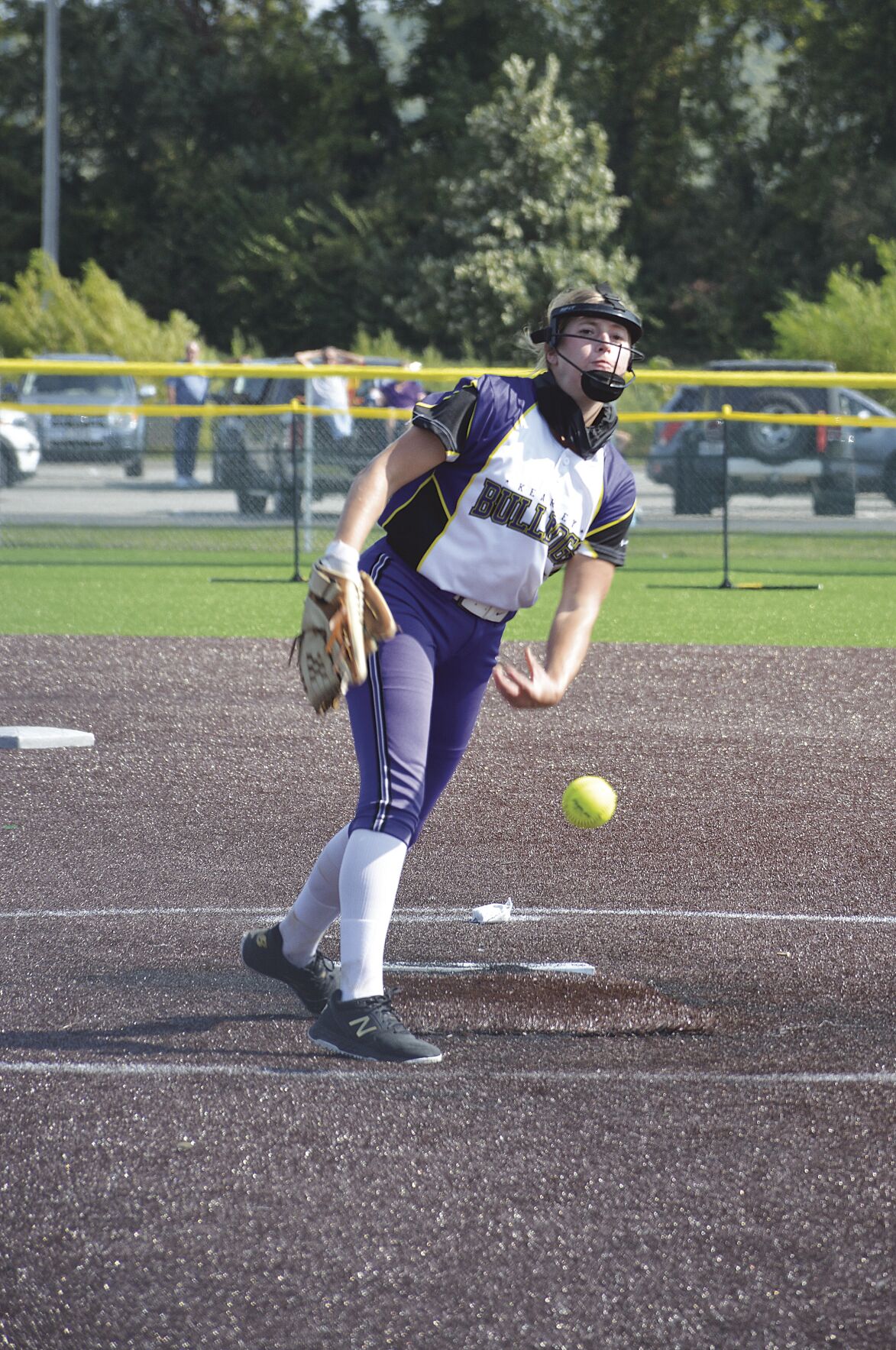 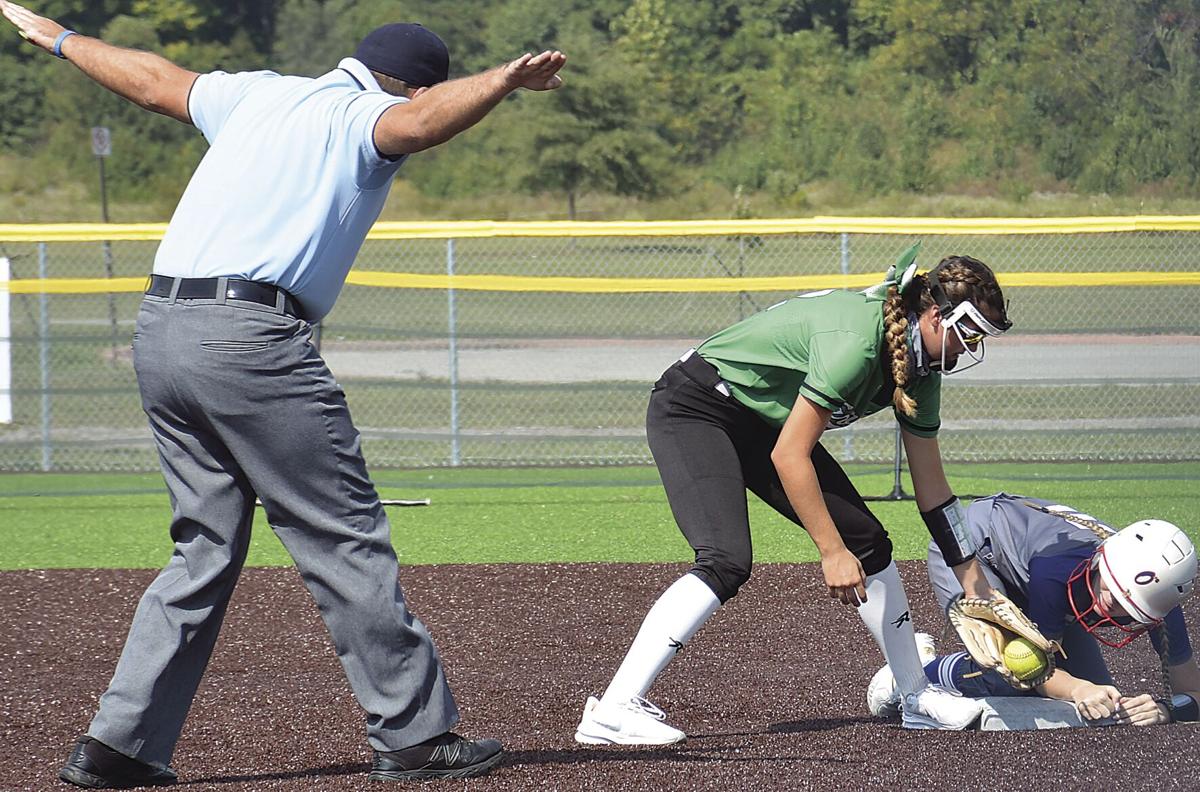 Smithville sophomore Katie Robinette tags out a player at second base during a softball tournament Saturday, Sept. 26 at Capitol Federal Sports Complex of Liberty.

Liberty North senior Avery Gifford runs down the first base line after a ground ball during a softball tournament Saturday, Sept. 26 at Capitol Federal Sports Complex of Liberty.

Smithville sophomore Katie Robinette tags out a player at second base during a softball tournament Saturday, Sept. 26 at Capitol Federal Sports Complex of Liberty.

LIBERTY — Liberty softball rattled off five straight victories to win the 2020 September Slam this weekend at the Capitol Federal Sports Complex of Liberty. The Blue Jays finished off the tournament with a 5-1 win over previously unbeaten Grain Valley.

The Blue Jays scored 44 runs on 52 hits through the tournament. Senior Ashton Maloney led the team with 12 hits, three triples and two home runs while junior Marra Cramer had a team-high 10 RBIs and a home run of her own.

Senior Amayiah Hall led the team with three doubles among her 11 hits and her five RBIs tied for second on the team with sophomore Olivia Branstetter, who added two doubles as well.

Junior pitcher Lauren Slocum did most of the work on the mound as she notched five strikeouts while allowing just four runs over 21 innings. Next up was Cramer with three strikeouts and three runs allowed over 10 innings. Slocum picked up three of the wins and Marra picked up two.

Liberty continued its winning streak with a 13-3 victory over Liberty North on Monday, Sept. 28 and 13-2 over Blue Springs at home the next night. The Blue Jays are now 13-6 after starting the year at 6-6. Liberty will face Blue Springs South on the road Thursday, Oct. 1, followed by the Wildcat Scramble this weekend.

The Eagles entered the September Slam on a three-game win streak that featured a 27-5 scoring margin. Liberty North (13-8) took the first game of the tournament 2-1 against Smithville before losing 8-4 to Grain Valley. The team rebounded with a 8-7 victory over Truman on Saturday, Sept. 26.

Junior Kayley Lenger, who led the team with four hits in the tournament, drove in the game-winning run against Truman on a groundout in the top of the eighth. Senior Dylan Fansher finished the weekend with a team-high two RBIs. Junior Katie Chester added three hits and an RBI.

The Warriors won their last two games by a combined 25-0 before dropping the 2-1 game against Liberty North to start the September Slam. Smithville recovered for a 5-0 win over Park Hill South before dropping two tough contests against Grain Valley 2-0 and Truman 5-0.

Senior pitcher Makaela Carr racked up 20 strikeouts over 12 innings pitched despite the Warriors losing both the games she started in the tournament. Smithville held a 1-0 lead over Liberty North before Eagles senior Avery Gifford hit a double in the bottom of the fifth that drove senior Nicole Wagoner and sophomore Kiana McDowell.

The Warriors faced a similar fate against Grain Valley as pitching duel against Hailey Hemme turned on one pitch from Carr as BriLeigh Sims connected for a two-run homer.

Haley Cotter shut out Park Hill South on the strength of three strikes and allowed just one hit over seven innings pitched. She also drove in an RBI as did Aidan Robinson, Deyton Odneal and Lily Wornson to pick up the 5-0 win. The team’s fortunes flipped against Truman as Cotter allowed five runs over six innings in the 5-0 loss.

Smithville is 13-9 looking to rebound from a four game losing streak after a 3-0 loss to Oak Grove on Monday, Sept. 28 and a 2-1 loss hosting Platte County Tuesday, Sept. 29. The Warriors will go on the road to face Ruskin Thursday, Oct. 1.

Sophomores Elysia Hand and Miranda Michael pitched for the Bulldogs. Michael delivered eight strikeouts with six coming in the win over Truman while Hand delivered six strikeouts spread out over three contests.