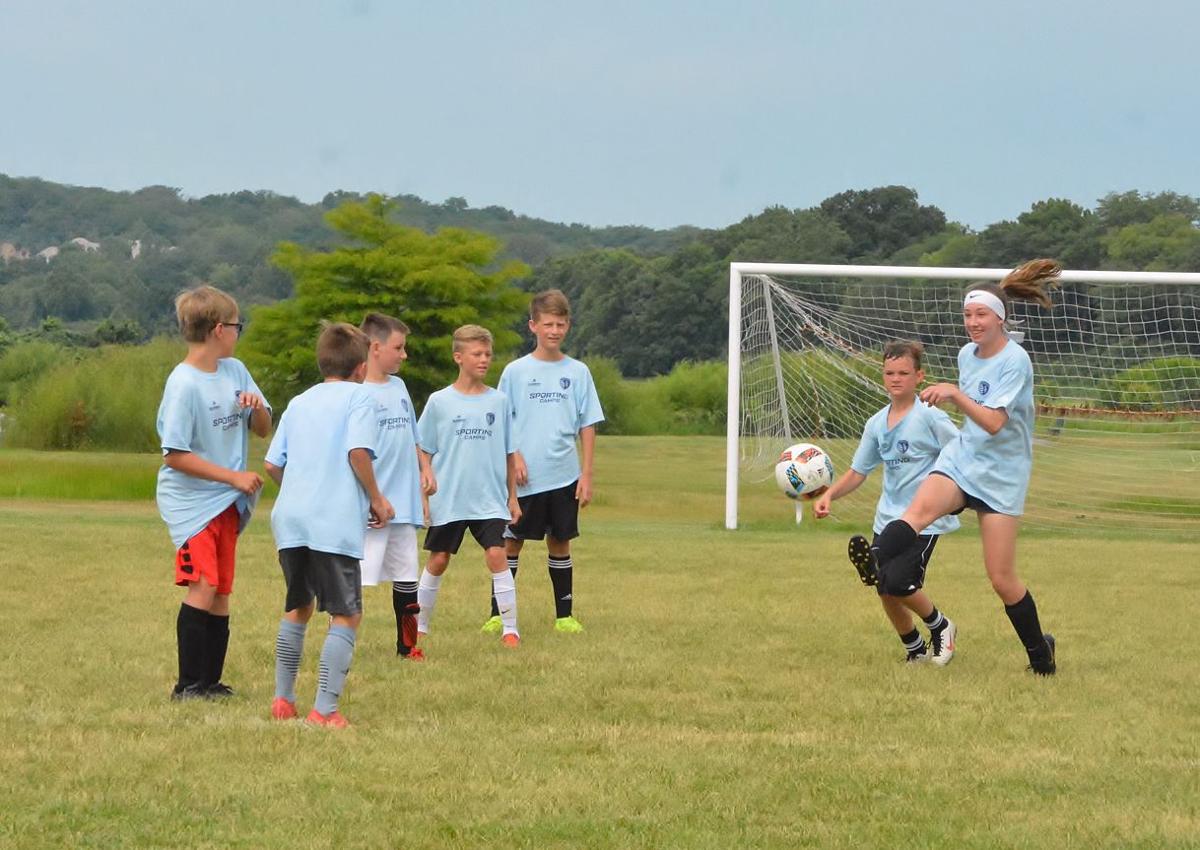 Ally Grow tests her soccer skills at the Sporting KC camp at Fountain Bluff Sports Complex in Liberty against some boys. 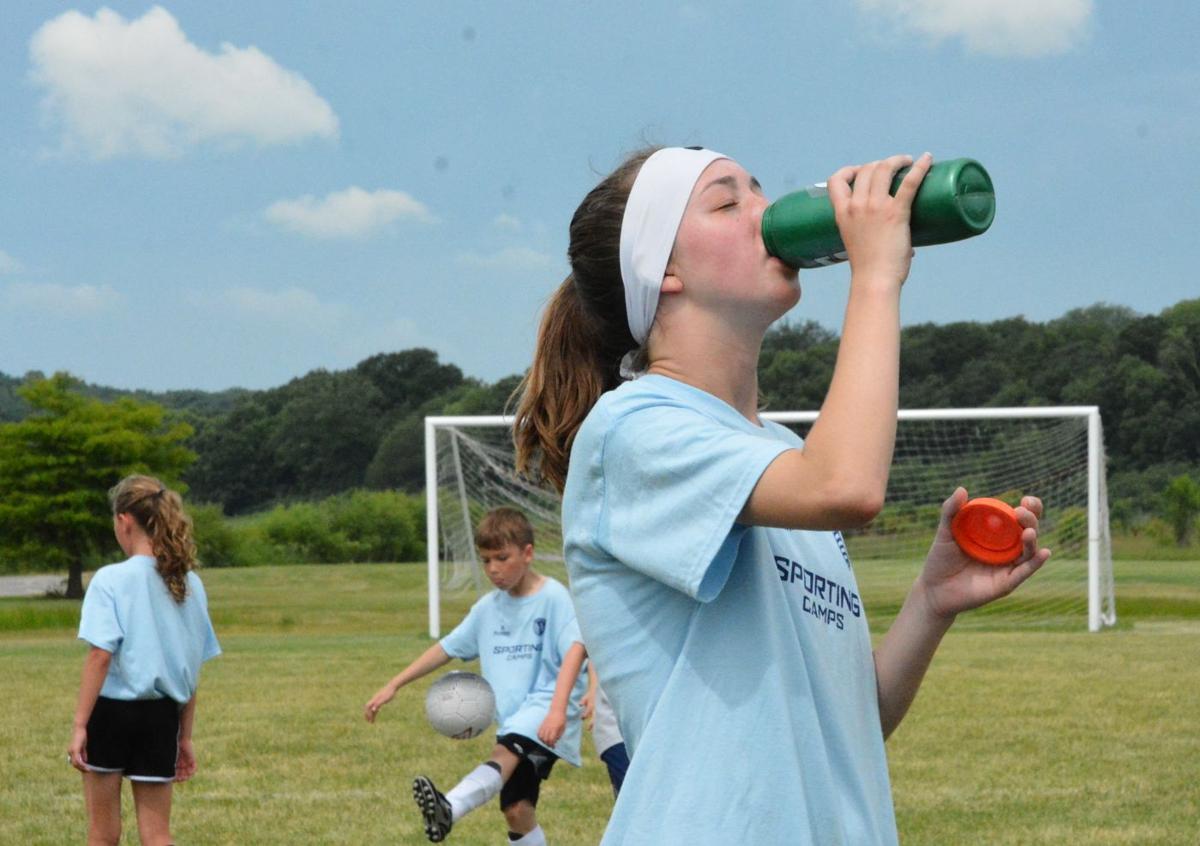 Ally Grow tests her soccer skills at the Sporting KC camp at Fountain Bluff Sports Complex in Liberty against some boys.

LIBERTY — During a four-day morning camp at Fountain Bluff Sports Complex in June, Nathan Hunt, director of coaching for academy affiliates, said Sporting KC enjoys camps as the love of soccer is encouraged.

“This is a basic skills camp,” Hunt said. “The participants are picking up skills and making new friends. Plus it’s great for kids to hear different coaching voices and learn via different styles.”

Hunt said Sporting KC, for the last 10 to 15 years, has developed a sense of community around the metropolitan area.

“Kids also feel connected to the professional team,” he said.

For Hunt, coaching has an element of satisfaction when a child learns a new skill.

“It’s that lightbulb moment,” he said. “Our camps really help drive a passion for soccer, especially if we have done our jobs as coaches.”

Ally Grow, an eighth-grader at Heritage Middle School in Liberty, competes as part of the KC Athletics and attended the Sporting KC camp.

“I’ve made a couple new friends,” she said. “It’s also been interesting playing against boys. They play harder and it’s forced me to step up.”

Her mother, Andrea Grow, said her daughter is currently playing for a club team, but got her start with a Liberty Parks and Recreation program at 3 or 4 years of age.

“She’s been playing for a long time,” Andrea said. “I like to keep Ally active and continue to develop her skills. Her club team starts at the end of summer and plays through fall, winter and spring. Her last play was during the Memorial Day weekend. I don’t want her skill sets to falter, so I enrolled her in several camps over the summer.”

Andrea said she likes that her daughter gets to work on scrimmaging and other drills.

“She has gone to Sporting KC camps before, but it’s nice to have it in the Northland,” she said. “She was even able to partner with a younger girl and kick the ball back and forth.”

“She enjoys the game of soccer,” he said. “I want to see her advance while continuing to keep her love of the game.”

“She has played since around kindergarten,” he said. “It’s great for her to continue that work on building skills.”

Dan Popik, vice president of youth business development with Sporting KC, said the goals of these camps, which are all over the Midwest, are to influence soccer lovers.

“We are promoting the Sporting way,” he said. “It’s about having a love and passion for the game.”

Around 1,200 kids will participate in a Sporting KC camp this summer, Popik said.

“The kids get professional coaches,” he said. “Sometimes a few of the Sporting KC players will come out to chat with campers.”

Popik also praised Liberty and the relationship his organization has with the city.

“We have a great relationship with the city of Liberty,” he said. “Our other fall and spring sports leagues are at Fountain Bluff too. It’s really a collaborative partnership.”

Husker Extra Podcast: A wild couple of days and Nebraska's continued attempts to play this fall