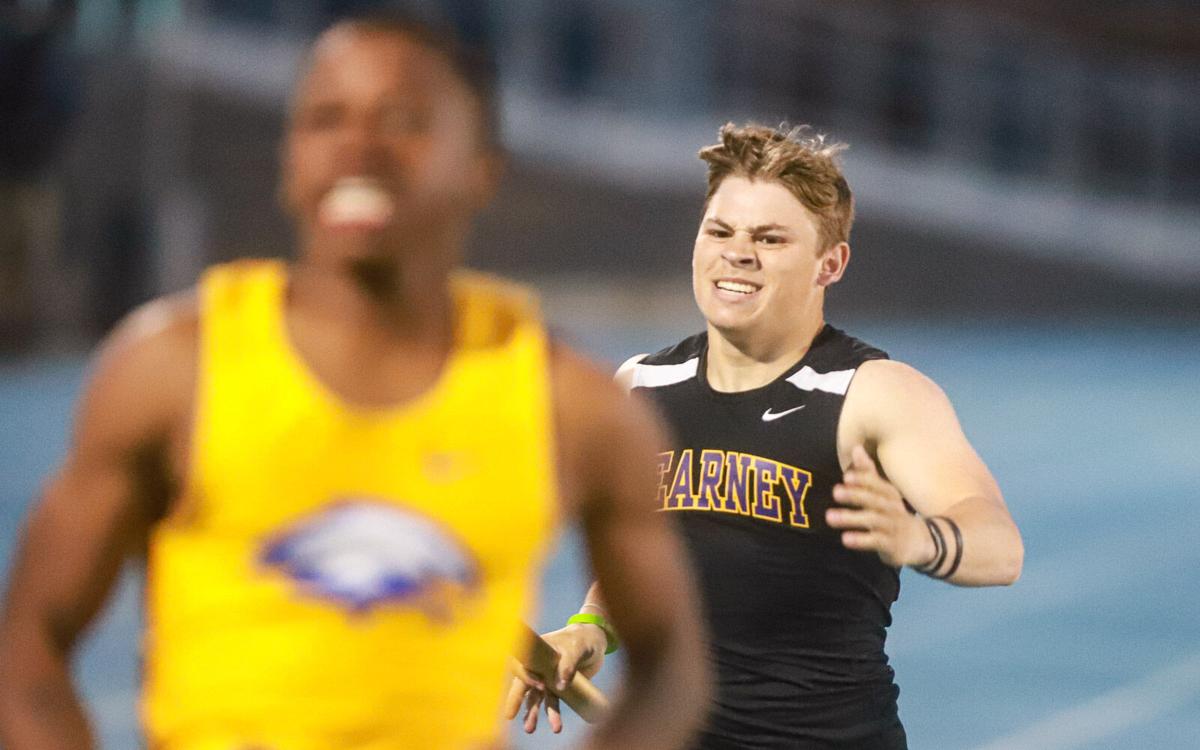 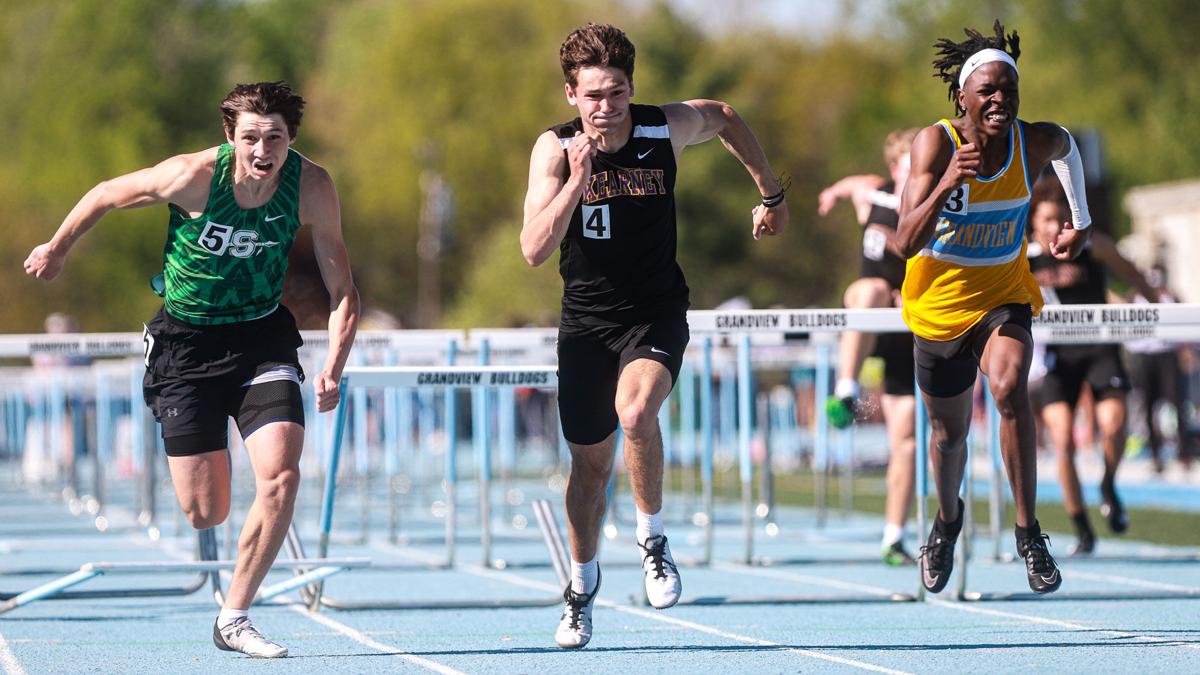 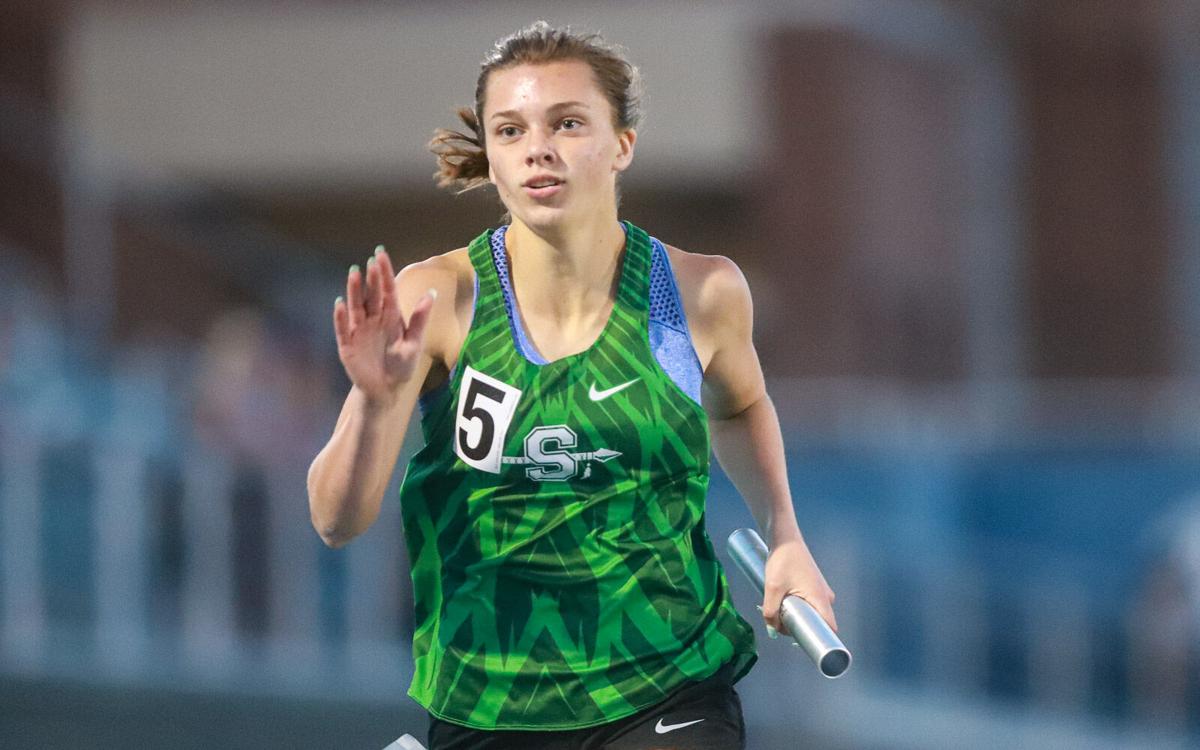 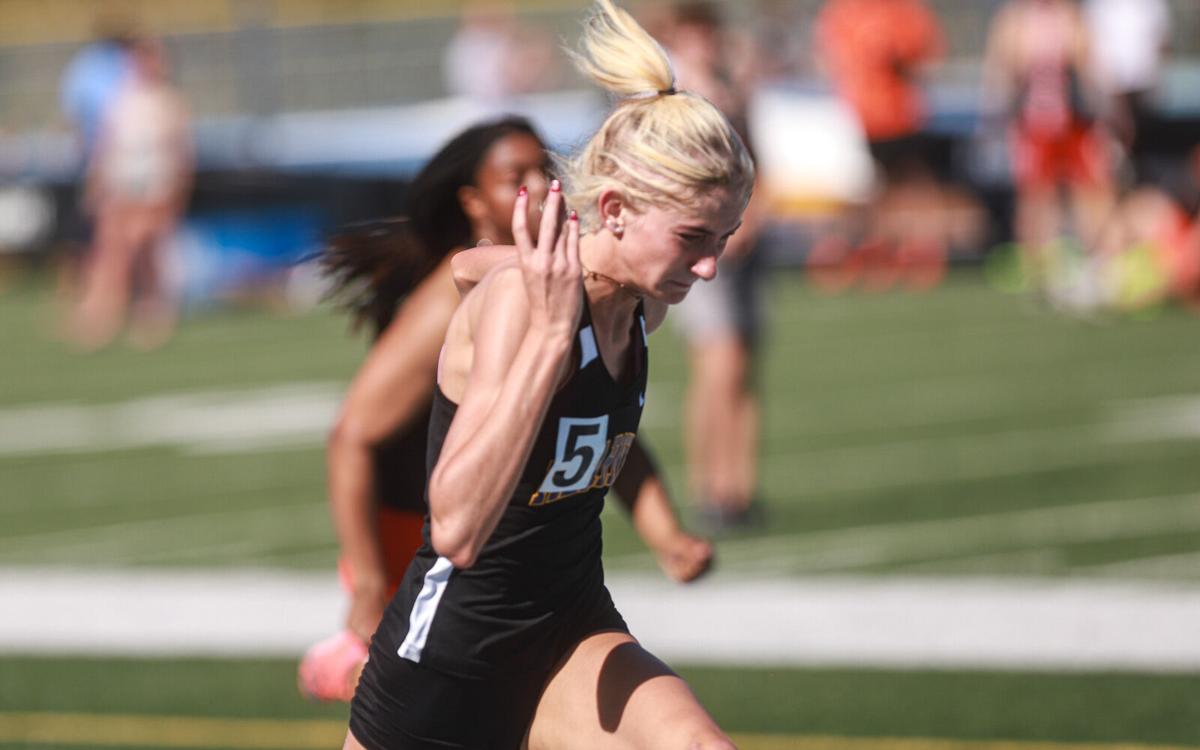 KEARNEY — Kearney boys track and field team showed that the spring season missed in 2020 did not slow them down as the Bulldogs won a fifth consecutive conference title.

Sophomore Kyler Chappell and senior Kyle Hofer earned the most overall conference titles with three, with both participating in the winning 4x400-meter and 4x800-meter relay teams. Chappell won the 800-meter run with a time of 2:03.87 while Hofer won the 400 meter with a time of 51.89.

Sophomore Joseph Marshall and junior Jake Gregory joined them on the 4x400 which finished with a time of 3:31.77 to edge out the Ruskin team by half a second. Seniors Carter Woods and Reed Beyeler were on the 4x800, finishing with a time of 8:36.81 to beat runner-up Platte County by nearly 11 seconds.

Sophomore Luke Noland took home the most individual hardware as he won two individual events and took runner-up in another. Noland won the 110-meter hurdles with a time of 15.24 and the long jump with a leap of 6.85 meters. He also took second in the 100-meter dash with a time of 11.48.

The Bulldogs boys had four other third-place finishers with Marshall in 400 meter, Woods in the 800 meter, sophomore Jace Vaughn in the 1600 meter and junior Adam Hoffman in the javelin.

Lawless was also part of a 4x200-meter relay team, along with sophomore Jadyn Barnes, sophomore Abigail Stamper and senior Morgan Wood, which took second with a time of 1:48.26 to finish half a second behind first-place Platte County.

Woods got another second place on the 4x400 team, which finished with a time of 4:15.27 and included Barnes, freshman Liela Murphy and junior Shelby Singleton. Woods also earned second place in the 300-meter hurdles with her time of 47.48.

Sophomore Abby Elam gave Kearney another second place finish with her time of 12:19.01 in the 3200-meter run.

The Bulldogs girls earned five more third-place finishes with Barnes in the 200 meter, junior Abigail Smith in the 800 meter, freshman Gracie Bomar in the 1600 meter, junior Andra Schreiber in the high jump and Elizabeth Shaw in the pole vault.

The Warriors girls finished in third place with a score of 102 points while the boys finished in fourth with 82 points behind third-place Grandview at 107 points.

Senior Olivia Littleton won the 3200-meter run with a time of 12:06.57. She also finished less than two seconds behind Cutler in the 1600-meter to earn runner-up.

Senior Emma Chevalier rounded out the girls top-three finishers with her time of 28.43 in the 200 meter.

Farrell won the shot put with a throw of 15.24 meters. He also took second in the discus with his throw of 44.53 meters.