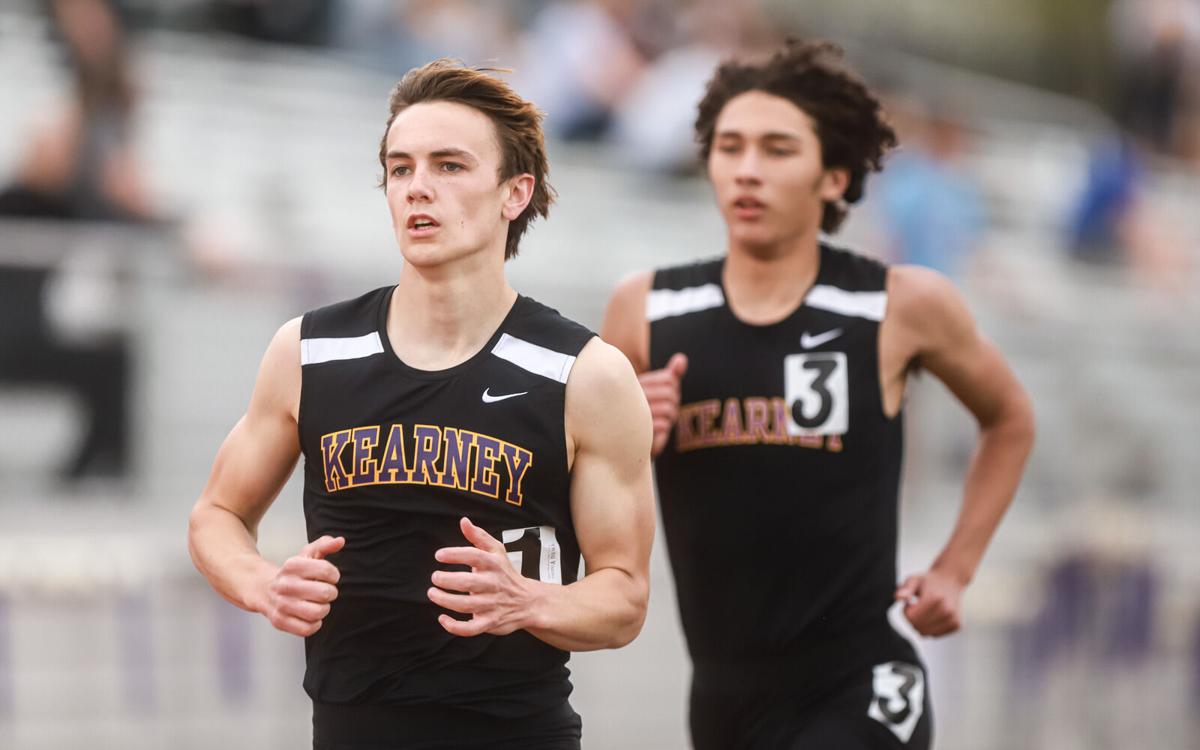 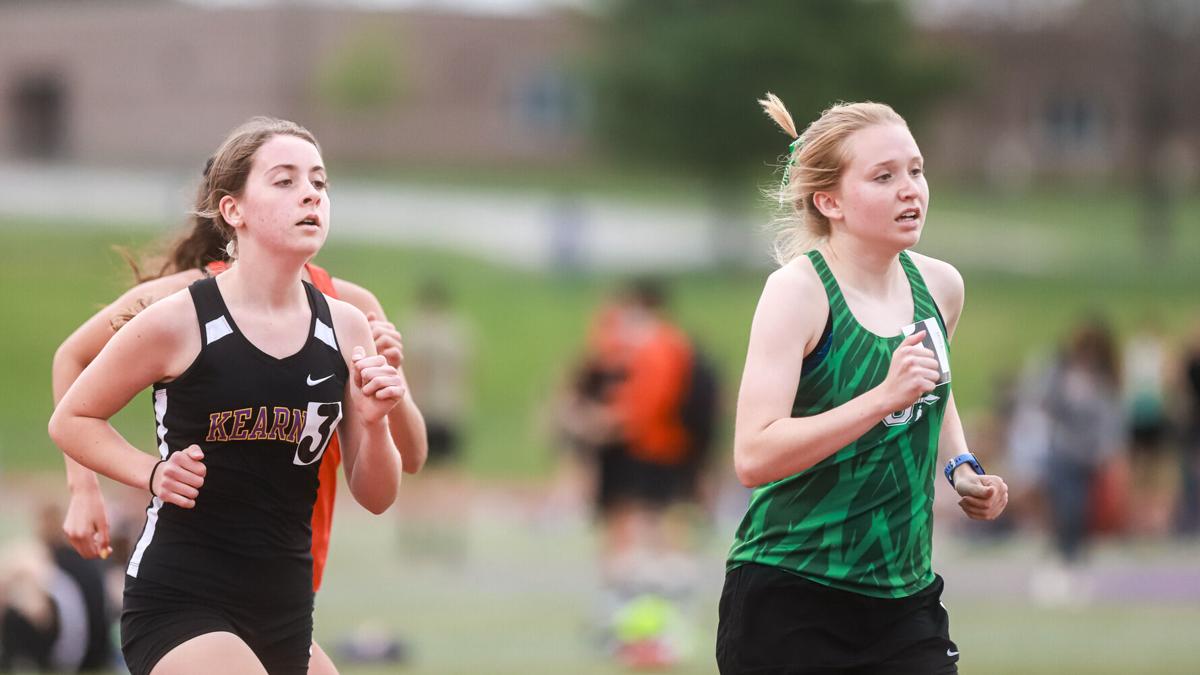 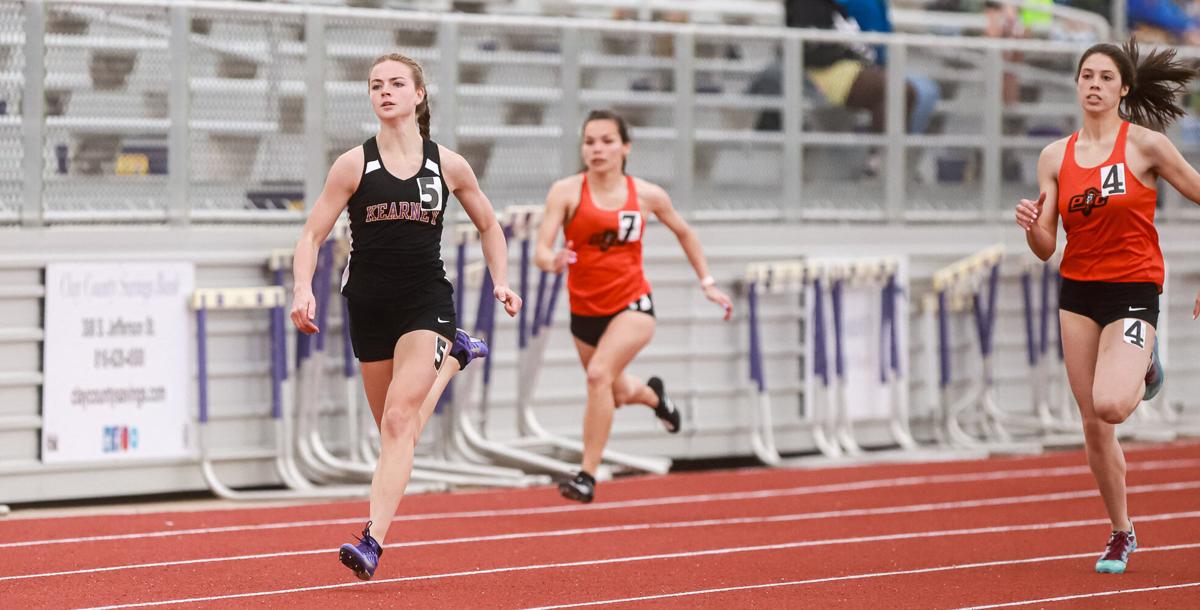 The host Bulldogs just narrowly missed out on winning the boys competition, earning 193.50 points to winner Platte County’s 195 points. The Pirates also earned a commanding win on the girls side with 222 points as Kearney fought to maintain a slim 152-149 advantage over another Highway 92 rival in Smithville.

The Warriors boys finished with 120 points to land half a point behind third-place Park Hill South.

Junior Will Dolinar and sophomore Zachery Grace were standouts for the Bulldogs as each won an event along with earning another top-three finish.

Grace had a personal-record performance in three different events. He won the discus with a 45.95 meter mark. His new best 41.71 meters javelin throw earned him second place and he took third in the 110 hurdles with a time of 16.83.

Senior Kyle Hofer finished first in the 400-meter dash with a time of 52.65. Senior Carter Woods won the 800 meter with a time of 2:05.58 while teammate sophomore Kyler Chappell finished right behind him at 2:05.95. Junior John Timchak rounded out the Kearney event winners by clearing 10-08.75 in the pole vault.

Sophomore Jayce Farrell took first in the shot put with a throw of 14.6 meters while also earning second in the discus with a mark of 45.34 meters.

Dante Cox gave the team another event winner by taking first in the high jump by clearing 1.95 meters. Isaac Edson took third place in the 800 meter with a time of 2:12.38.

Junior Noah Riecker, freshman Jet Coleman, senior Ty Chapman, junior Rhett Foster gave the Warriors second and third place finishes in two relay events. They took second in the 4x200-meter relay with a time of 1:33.79 and third in the 4x100 with a time of 45.49.

A pair of sophomores in Ava Lawless and Jadyn Barnes gave Kearney a big boost by amassing five top-2 finishes.

Barnes won the 200-meter dash with a time of 27.39 while earning second-place finishes in two events. Her runner-up finishes included her 1:01.57 time in the 400 meter as well as joining senior Lille Figler, junior Shelby Singleton and senior Morgan Wood in the 4x200-meter relay to earn a time of 1:50.13.

Filger gave the Bulldogs another first-place finish with her time of 13.51 in the 100-meter dash. She finished up with a second-place medal in the 4x100-meter relay where she was joined by Singleton, sophomore Elysia Hand and sophomore Abigail Stamper.

Singleton grabbed her third second-place medal of the meet by narrowly finishing behind Filger in the 100 meter with a time of 13.59. Freshman Heidi Adams also earned runner-up for the Bulldogs with her time of 12:37.62 in the 3200 meter.

Sophomore Abby Elam took third in the 1600 meter with a time of 5:44.86. Morgan Wood placed third in the 300-meter hurdles with a time of 49.17. Megan Zingerman rounded out the team’s top-three finishes in the individual events with a 8.8-meter throw in the shot put.

Smithville senior Olivia Littleton continued running well ahead of the long-distance pack as she took first in the 1600-meter and 3200-meter races.

The Warriors distance runners made a big impact overall.

Cutler, Chevalier, sophomore Bailey Cutler and junior Elizabeth Palmer earned third in the 4x400 relay with a time of 4:22.05.

Rylee Thompson rounded the Warriors top performance by earning third in the long jump with a leap of 4.56 meters.