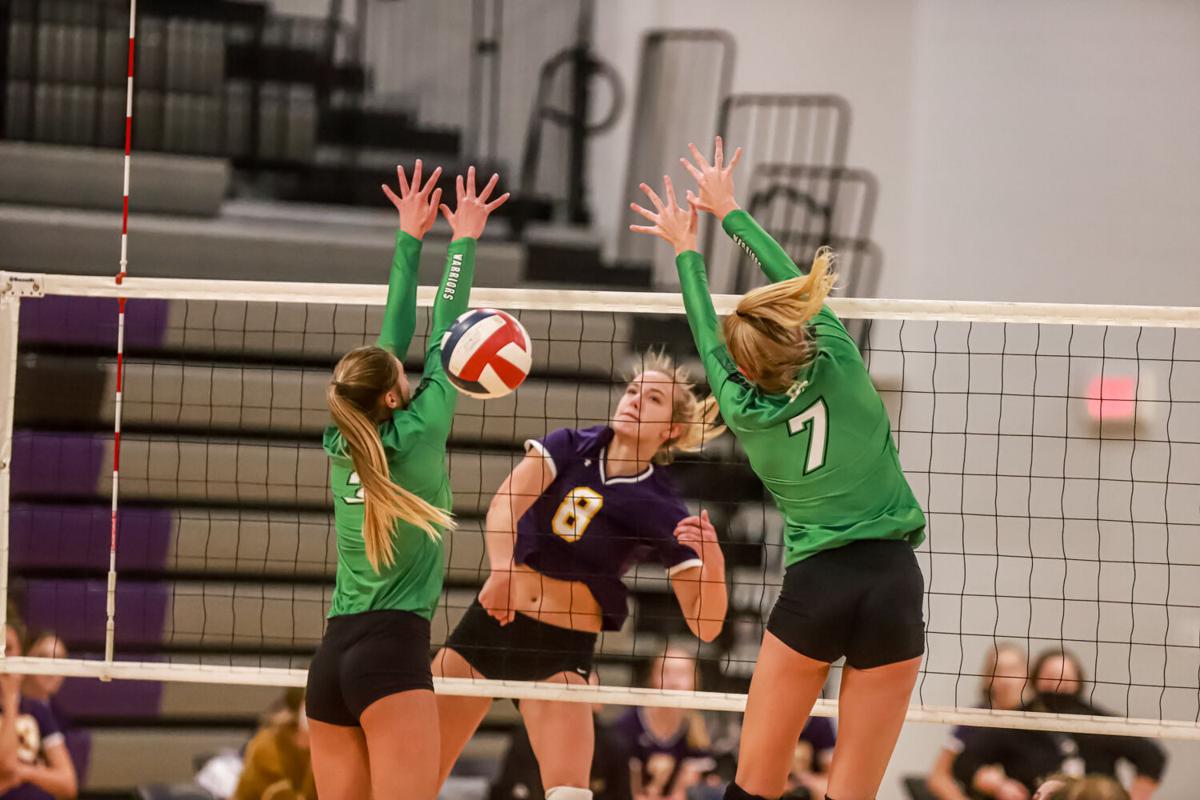 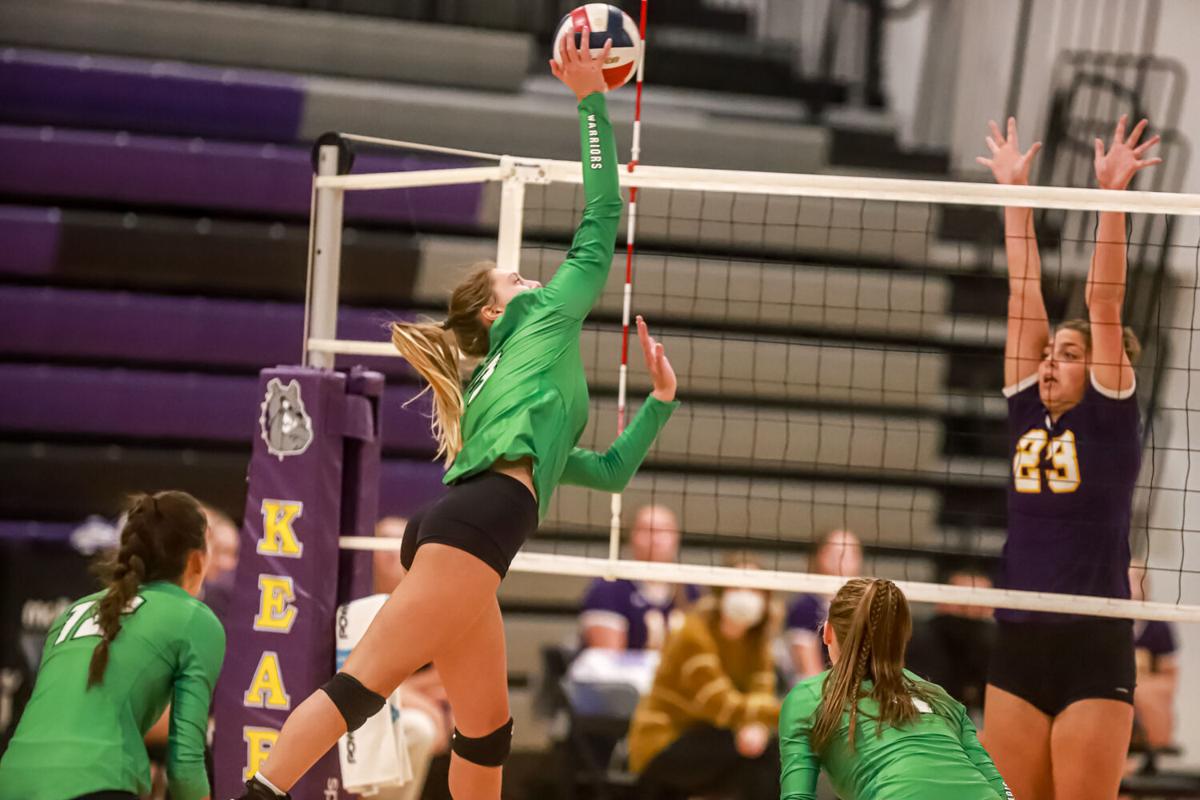 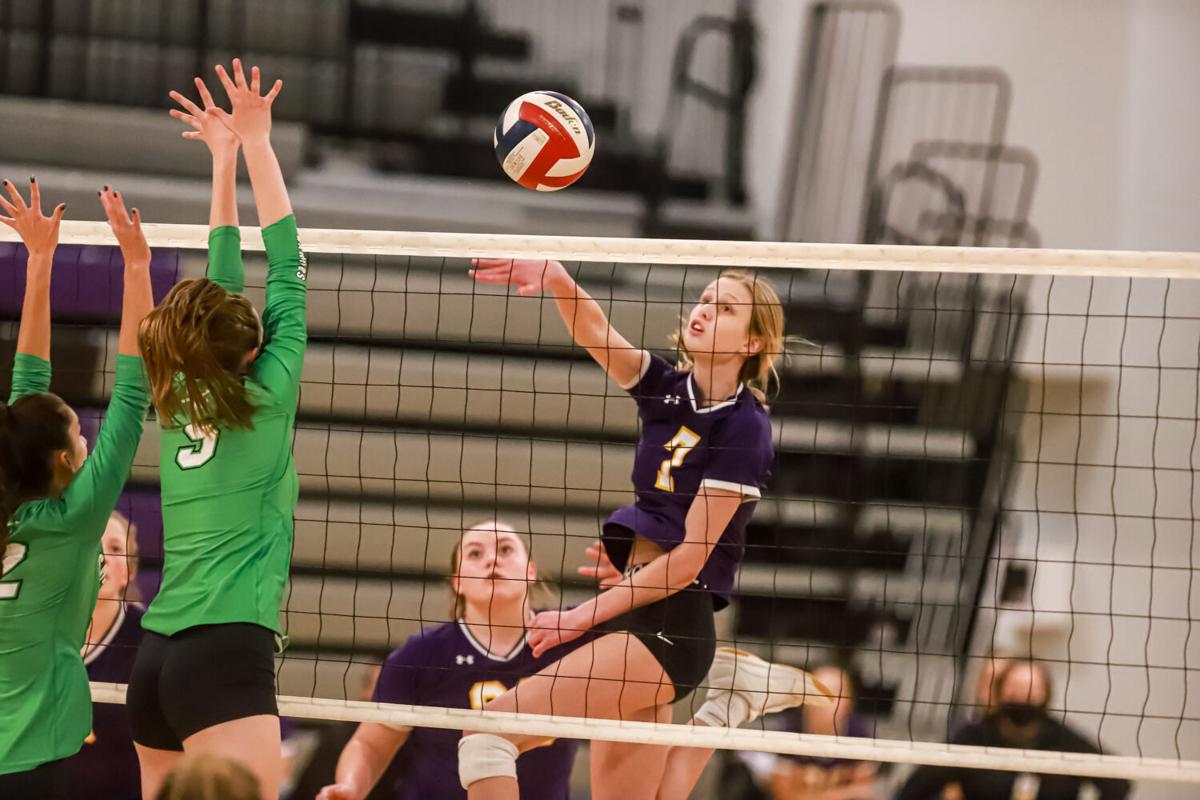 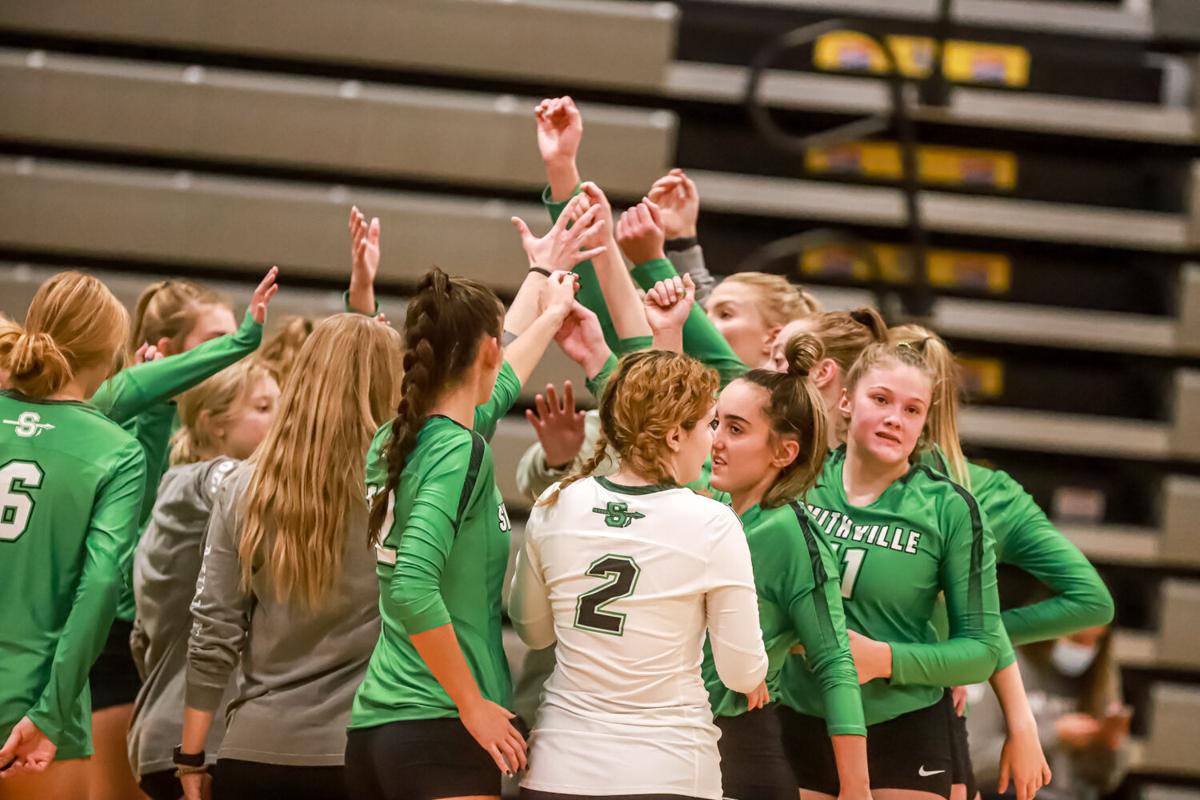 The Bulldogs came out firing, building up a 13-2 lead in the first set. The Warriors rallied to cut the Kearney lead to 21-14 before the Bulldogs closed it out 25-18.

Kearney controlled the action the rest of the way as it finished the sweep with 25-8, 25-9 sets.

“I felt like we minimized our errors and went all out tonight,” Kearney junior Andi Kreiling said.

Senior Mayson Behney credited a new lineup for the explosive performance in the match.

“We’ve been practicing for it. We’ve been fine tuning,” Behney said. “We’re doing really well with it. We’re really starting to mesh.

Both players said they are ready for a finals matchup with Platte County, a team whose 24-6-1 record includes only losses to Missouri Class 5 schools and a pair of Kansas squads. The Pirates beat the Bulldogs twice this year, with the most recent being a 3-1 win at Kearney on Oct. 5.

Kearney will host Platte County for the district final at 5:30 p.m. Wednesday, Oct. 28.

“I think we could have played a little better, but we played our hearts out,” Kasten said. “A lot of us have been playing volleyball our whole life so it’s a little disappointing, but I’m so proud of everything we did.”

Kasten said the team had been looking forward to this game because they weren’t sure if their last game would even be a postseason match.

“At first, we weren’t going to get a season and we all came together as the Smithville community, had a pep rally so that this all could happen,” Kasten said.

Smithville’s loss closed out a 21-8-1 campaign.