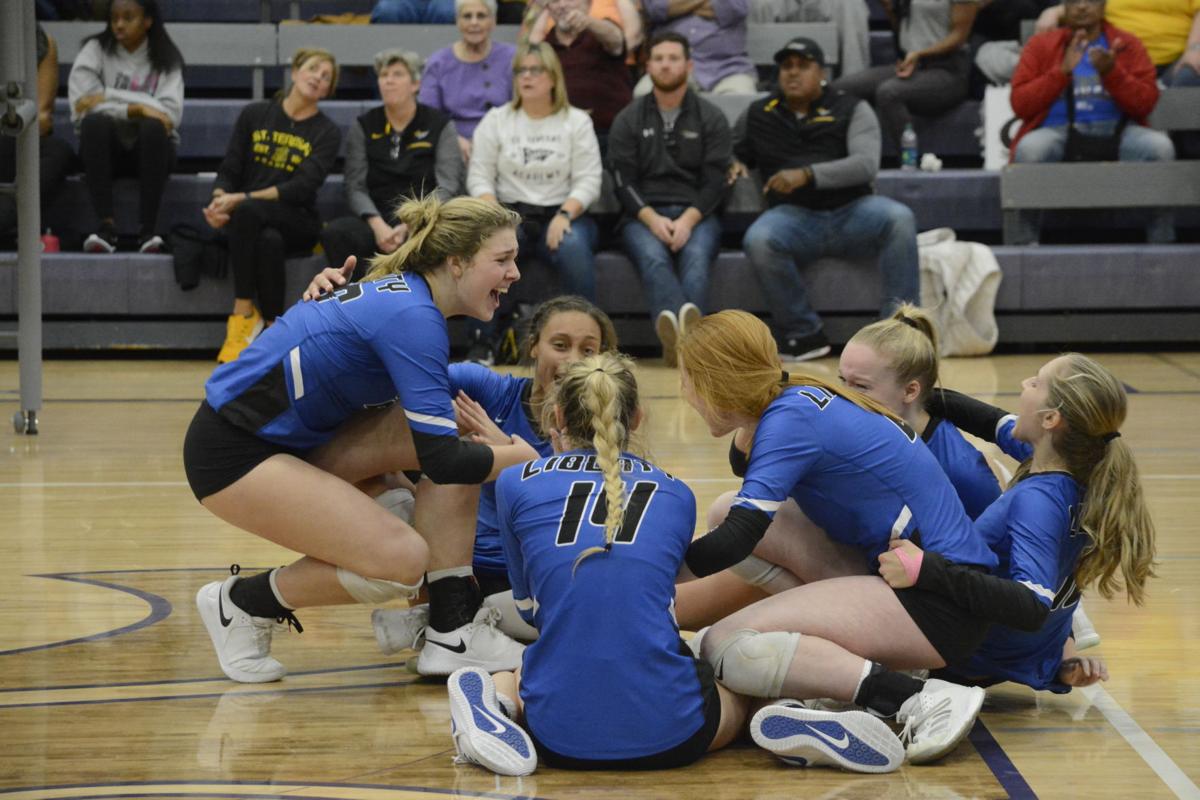 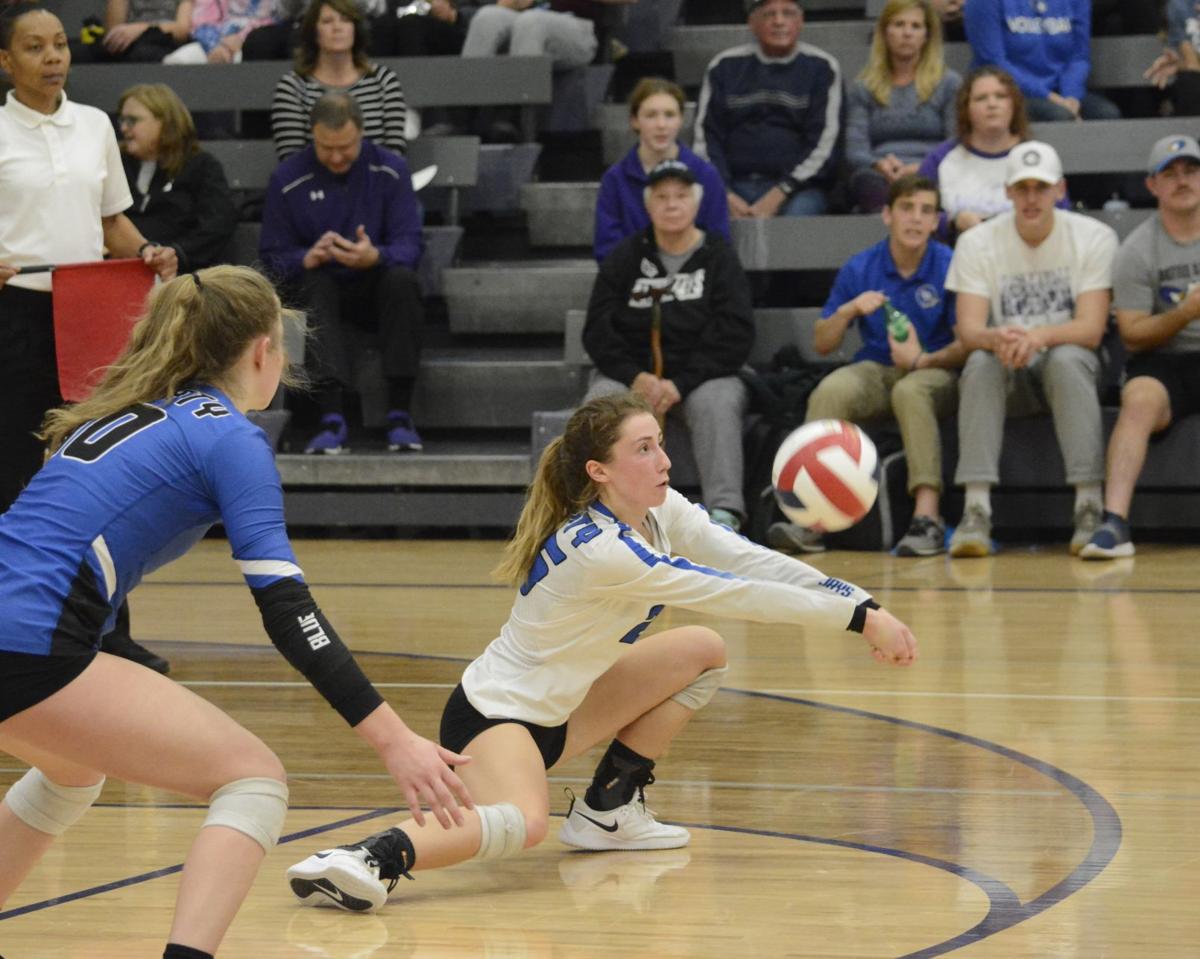 After four straight seasons of postseason defeats against the Stars, the Blue Jays reversed their fortunes Saturday, Nov. 2.

“In that third set we just said, ‘We are tired of St. Teresa’s stopping us,’” Blue Jays coach April Fleming said. “They are the team that we haven’t been able to get past to get to this point. So we said, ‘Why them? Why not us?’ Let’s stop this. Let’s stop the cycle that we are seeing. We talked a lot about belief and we need to believe that we can do it.”

“We’ve seen them celebrate and seen them winning on this day, so for us to feel it, it’s incredible,” she said.

With the win, Liberty advanced to its first state final four since 2014 and its second in program history.

Prior to beating St. Teresa’s, Liberty defeated Lee’s Summit in straight sets (25-19, 25-17) in a state sectional match. It was the Blue Jays’ third win in four tries against the conference foe this season.

That set up a fifth straight postseason meeting between Liberty and St. Teresa’s, who beat Blue Springs in the sectional round. But unlike the previous meetings, the Blue Jays came out on top.

“Oh man, oh man. It certainly was intense,” Fleming said. “I couldn’t be more proud of our kids for the fight that they had.”

The Blue Jays open the final four with Lafayette (Wildwood) at 3 p.m. to start the round-robin format on Friday, Nov. 8, at the Show Me Center in Cape Girardeau. The state championship and third-place matches are scheduled for Saturday, Nov. 9.