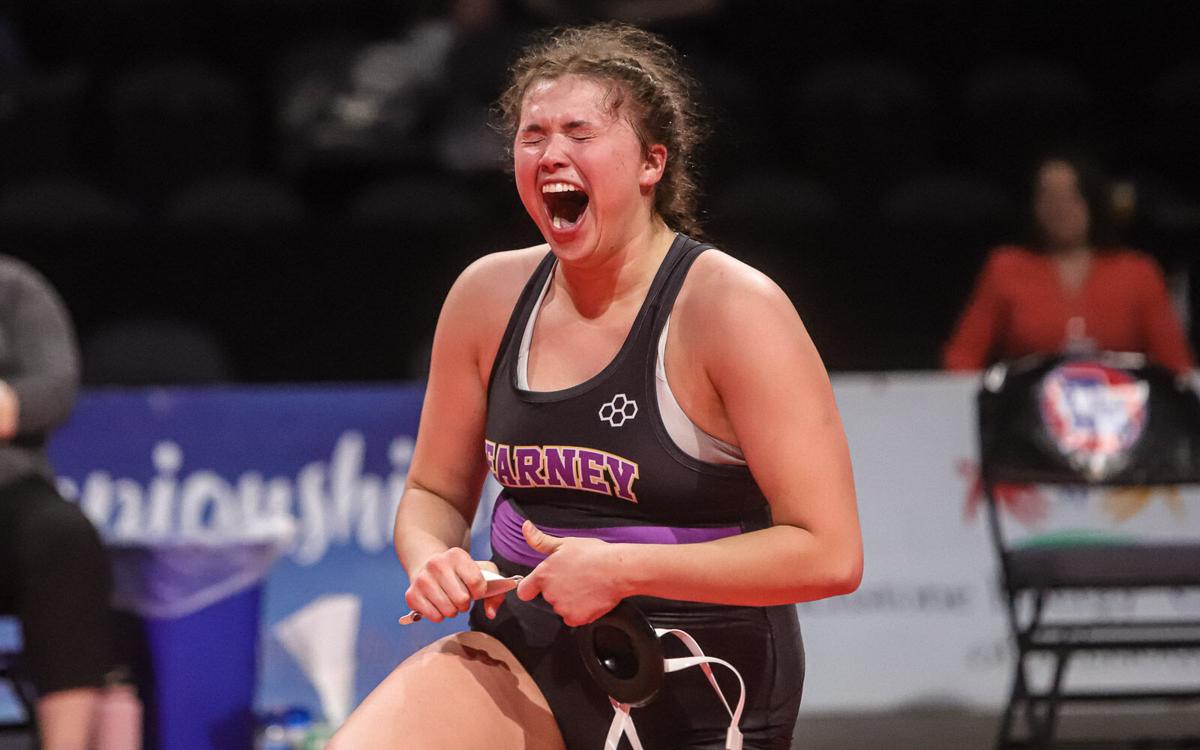 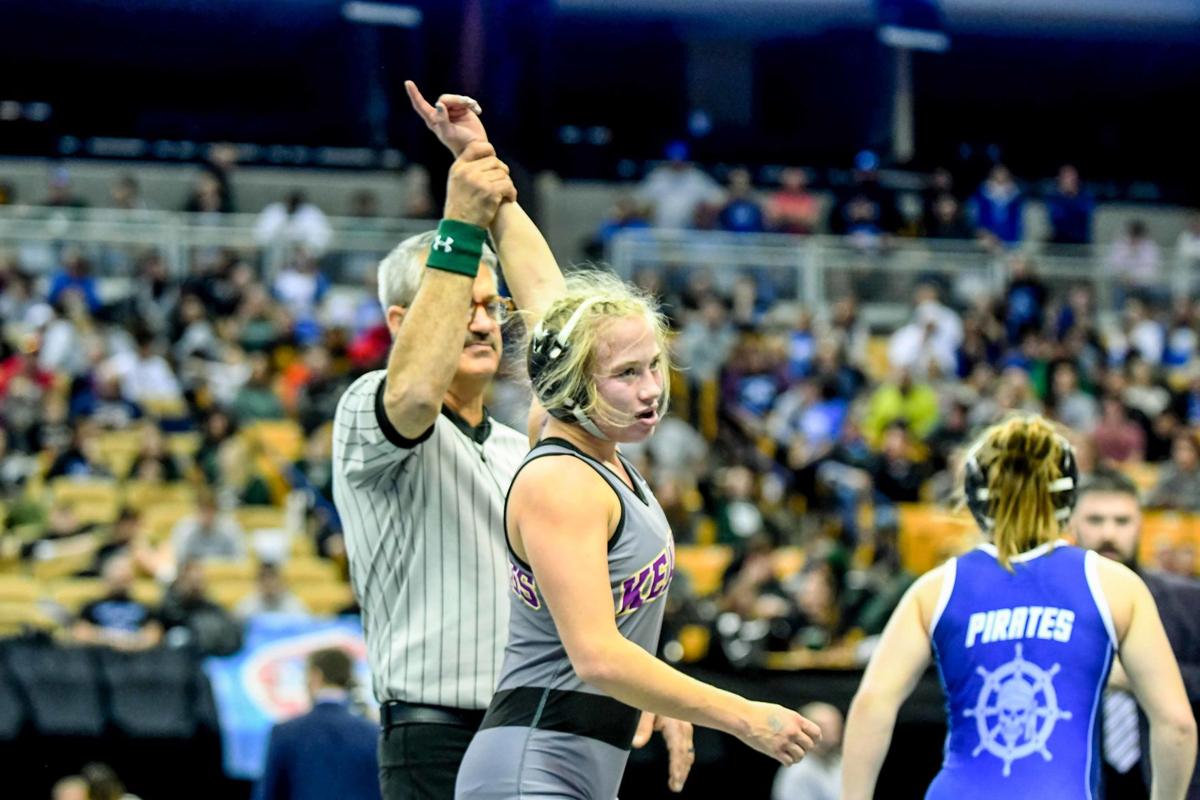 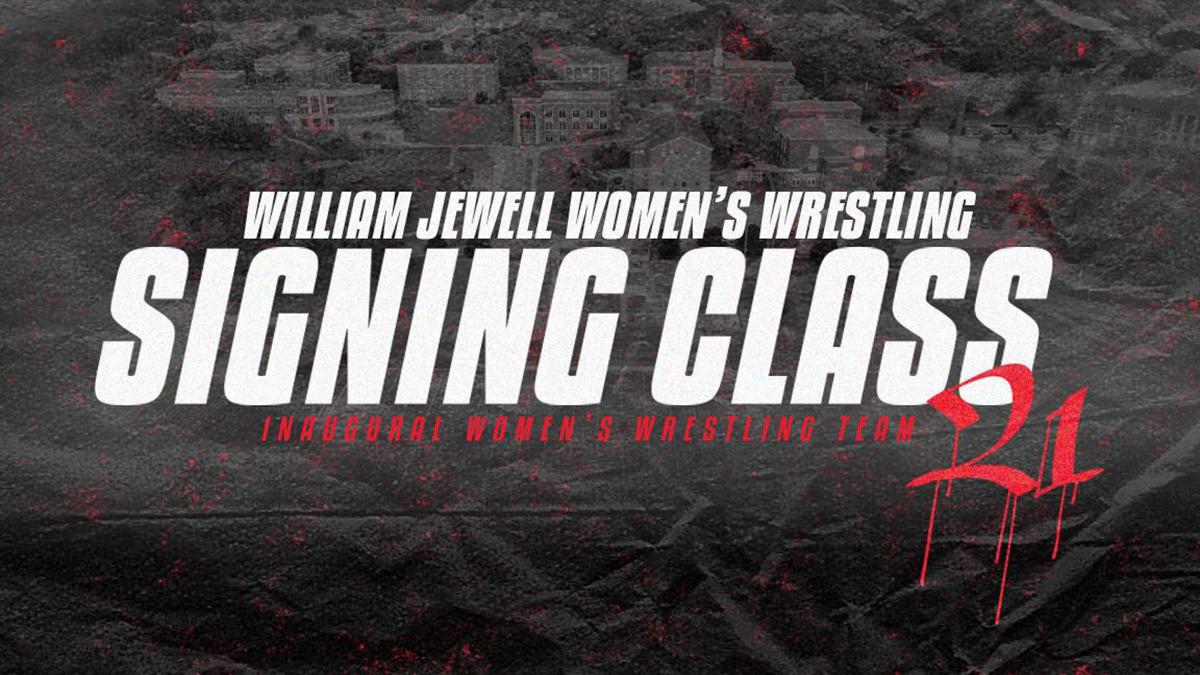 William Jewell head coach Keenan Hagerty announced the signing of 14 student-athletes who will make up the inaugural women’s wrestling team in 2021-2022.

William Jewell head coach Keenan Hagerty announced the signing of 14 student-athletes who will make up the inaugural women’s wrestling team in 2021-2022.

LIBERTY — Just over one year after the announcement of the addition of women’s wrestling, William Jewell head coach Keenan Hagerty is pleased to share signing of 14 student-athletes who will make up the inaugural women’s wrestling team in 2021-22.

“It is an honor to announce and recognize the first women’s wrestling class in Jewell history,” said Hagerty, who has been on campus since August 2020. “This group of women have been trailblazers for their high schools and the sport of wrestling, and will no doubt continue to do the same here at Jewell. I am thankful for each one of them.

“With their courage and strength, they will help build the foundation of our women’s program and begin to make history. This is a tremendous group, and we are excited to have them arrive on campus this fall.”

These 14 student-athletes represent three states and are made up of 13 rising freshmen and one transfer. The incoming Cardinals have combined for 17 state qualifiers and 12 medals, including three state championships, one nationally ranked athlete and one returning NCAA qualifier —all while boasting an average GPA of nearly 3.60.

A three-time state champion, Cole comes the Cardinals from nearby Kearney High School where she shined for four seasons. Cole left the program as the only 235-pound champion in the history Missouri girls wrestling. In addition to her high school career, she was also a Fargo All-American and was ranked No. 3 nationally. Off the mat, she was a two-time Academic All-State honoree and earned six total varsity letters across six sports. The daughter of Don and Rachelle Cole, she plans to major in business administration.

The lone transfer for the Cardinal women, Olson comes to Jewell after attending Lindenwood University last year where she was a national qualifier. During her high school career at nearby Kearney, she was a two-time All-Conference selection, district champion and state medalist. In 2017, she earned Fargo All-America honors and was a Super 32 placer, earning three freestyle state championships. In 2020, she was a placer in the World Team Trials. Off the mat, she was a two-time Academic letter winner and Academic All-State honoree. The daughter of Brian and Stephanie Olson, she plans to major in civil engineering.

A local product, Hoeper comes to Jewell from Staley High School where she earned three varsity letters on the mat. During her career she was named First Team All-Conference and was the recipient of the Paragon Award. She was also a three-time letterwinner in track and field and member of the Principal’s Honor Roll. She is the daughter of Kurt and Kimber Hoeper.

Another local talent, Loftin-Howard joins her high school teammate, Hoeper, as a new Cardinal from Staley High School where she competed under coach Nic Brent. The daughter of Ashley Loftin, she plans to major in nursing.

Bertram comes to Jewell from Platte County High School where she was an All-Conference and All-State performer under coach Reggie Burress. She won an individual district champion and placed fourth at the state level as well as earning Academic All-State honors. The daughter of Wayne Bertram and Jamie Armendariz.

Benton will come to the Cardinals from across the state line at Lawrence Free State High School. As a senior in 2021, she finished fifth at the regional tournament and was the Academic Wrestler of the Year. In addition, she earned First Team All-Academic honors in the state of Kansas and is a member of the National Honor Society. The daughter of Justin Benton and Callie Peace, she plans to major in English.

Carter will come to The Hill after finishing second at the Missouri State Championships in 2020 while competing under coach Zeke Allison at Parkway West. The daughter of Likicia Carter, she plans to major in biology.

A multi-sport standout from Southwest Missouri, Finkbone comes to the Cardinals from Branson High School. With the Pirates, she was the recipient of the 2020 Wrestling Man of War Award and an Academic All-State honoree while winning three tournaments. Also participating in track and field, she was a member of the 4x100 relay team which qualified for sectionals in 2019. Off the mat, she is a member of National Honor Society, National Society of High School Scholars and a recipient of the Congress of Future Medical Leaders Award of Excellence and Certificate of Excellence Honors in Biology. Additionally, she was a participant in Missouri Girls State. The daughter of Patrick Finkbone and Sabrina Finkbone, she plans to major in biology.

Harker comes from Lee’s Summit West High School where she was a member of the boy’s varsity team prior to the addition of girl’s wrestling and became the first female athlete to qualify for state in folkstyle, where she took second. She was named the Rookie of the Year in 2019 followed by most improved in 2020. She also competes for Kobra Kai Training, competing at Fargo in 2019 and is a two-time member of the Missouri USA National Team. The daughter of Ron and Stacey Harker, Kaylee intends to major in psychological science.

While competing at Washington High School, Meyer broke multiple school records, including single season take downs and falls and led her team in falls, wins, take downs and bonus point victories. Off the mat, she earned Academic All-State honors. The daughter of Doug and Shelley Meyer and plans to business administration.

Michael comes to the Cardinals from Gallatin High School, where she competed for the Bulldogs under coach April Fenimore. Also a standout on the softball field, she led her team to a 2017 district championship and was a first team All-District selection along with earning Academic All-State honors. She is the daughter of Doug and Angela Michael.

Turner comes to the Cardinals from the east coast where she competed under coach Robert Ballew. In 2019, she finished second in the state of Pennsylvania while also competing for the boys varsity team simultaneously. A standout student, she was a member of the Honor Roll and was a Distinguished Honor recipient. The daughter of Joseph Turner and Tonya Holmes, she plans to major political science.

Your Report Card: Nebraska vs. Minnesota