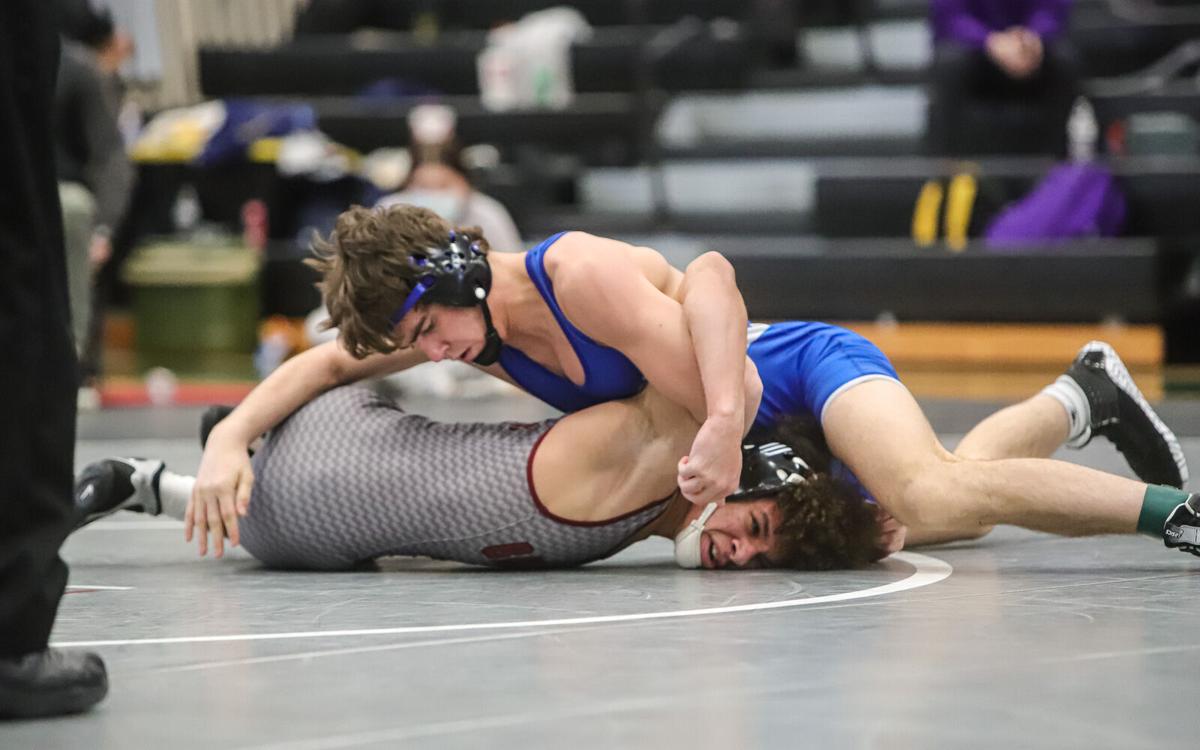 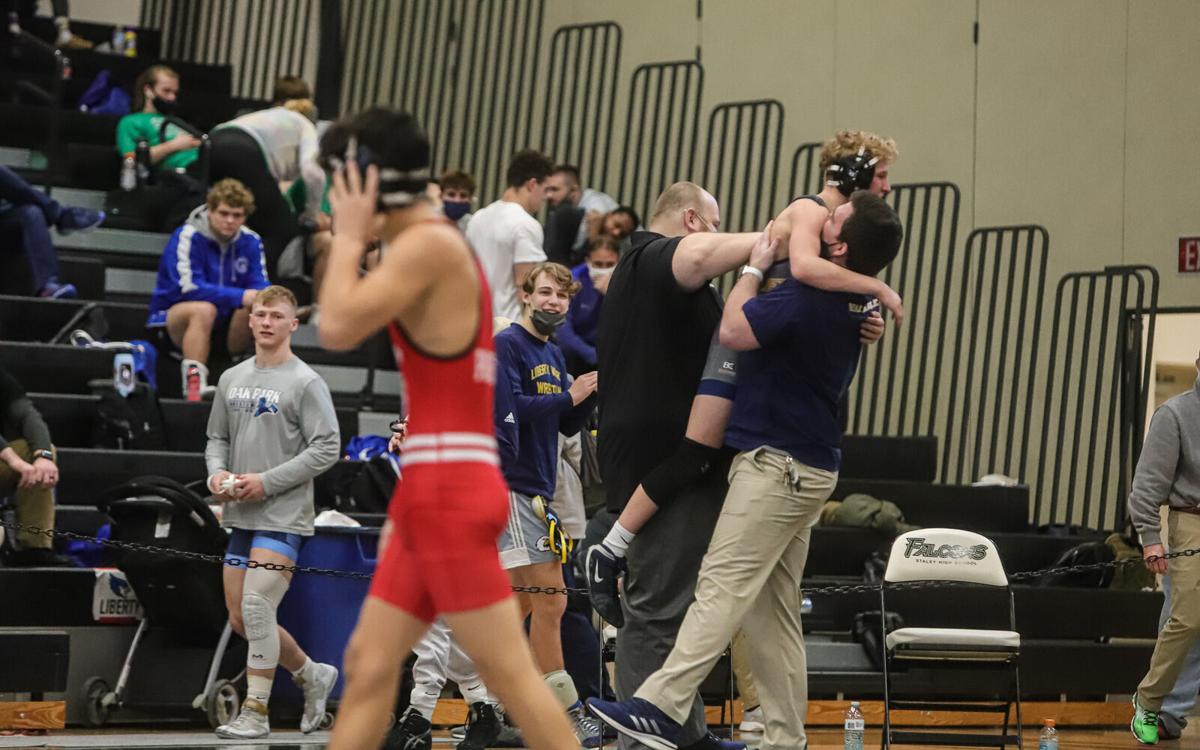 LIBERTY — A combined 18 boys wrestlers from Liberty and Liberty North finished in the top 3 at the Missouri Class 4 Sectional 4 tournament Saturday, Feb. 27 at Staley High School.

Christopher Coates (120) was the lone Blue Jay who did not advance to the first-place finals match, but he navigated the consolation bracket on his way to beating Daniel Hampton of Blue Springs South by pinfall in the first minute of his third-place match.

Five Eagles earned themselves a bid for the state tournament with top 3 finishes at sectionals.

Michael Domino (106) was the only Eagle to advance to the championship match, but it was tough sledding against an undefeated Hunter Taylor of Liberty. Domino lost by pinfall in the second period.

Nathan Sola (152) also earned a spot in the third-place match, but lost by 5-0 decision to Logan Linard of Oak Park.

The competitors who advanced will compete in the Missouri Class 4 boys wrestling state tournament March 13 at Cable Dahmer Arena in Independence.