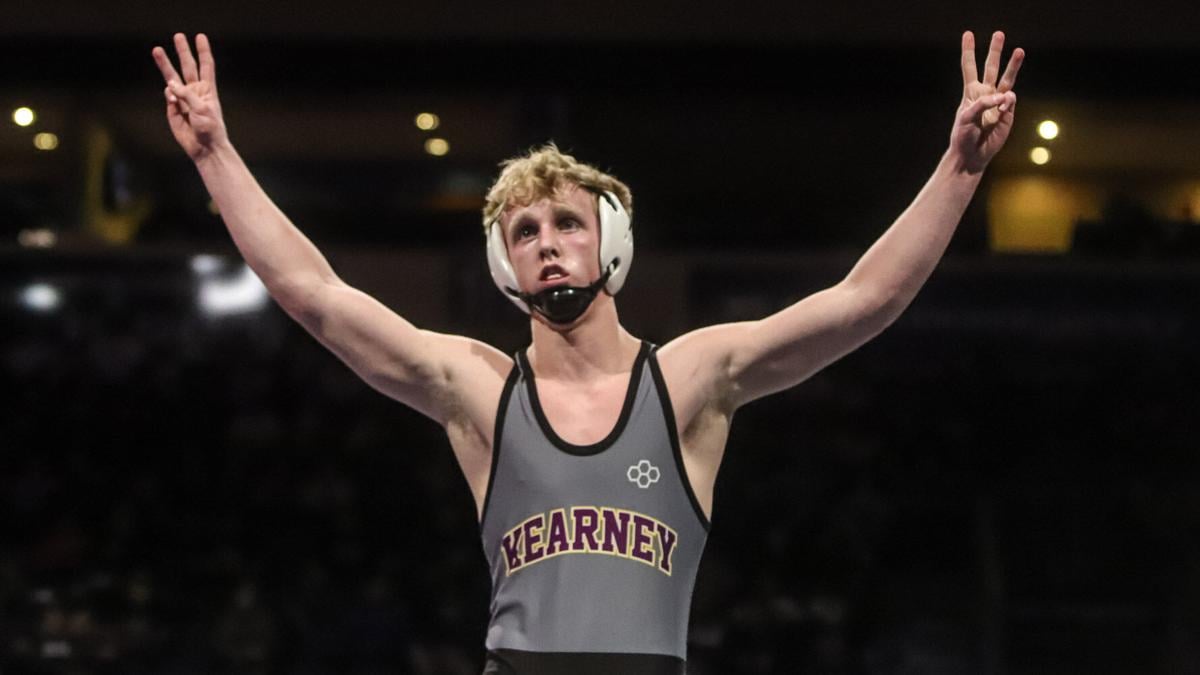 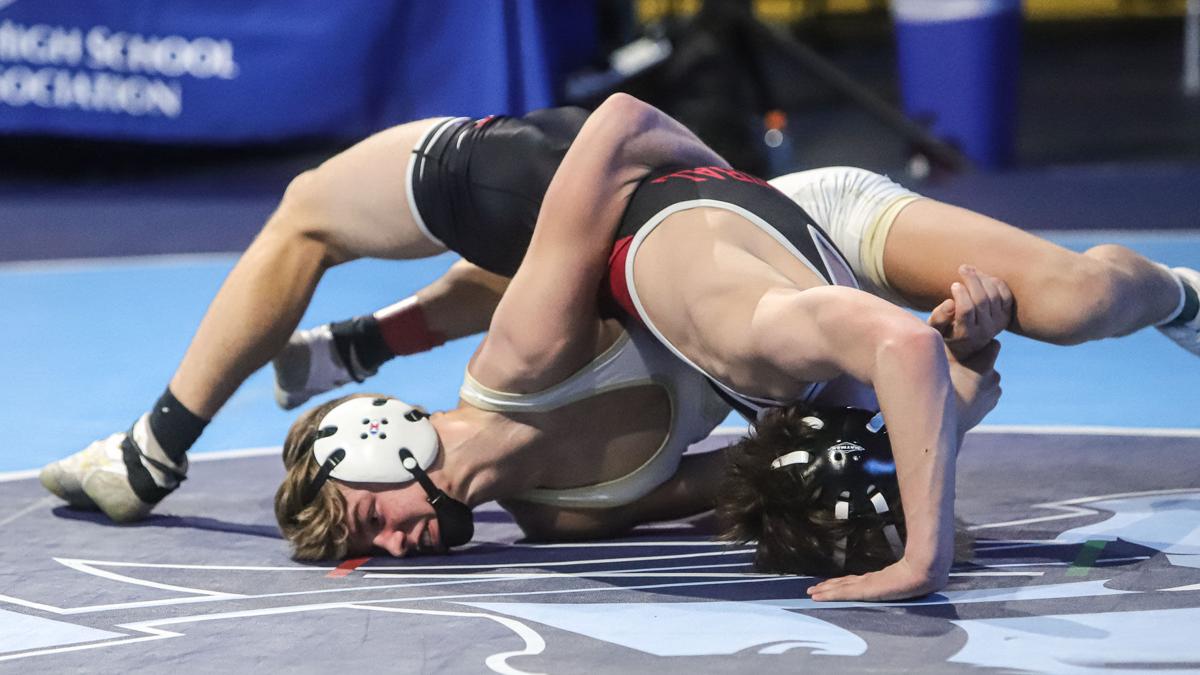 He seemed to be on pace to earn a similar result in the final against Blake Cook of Farmington, but Ashcroft had one of his rare slip-ups in the second round. He held an 11-1 advantage before Cook rallied back to a 11-6.

“I was rolling, but I just got a little sloppy on one of my dumps and got put to my back for four (points),” Ashcroft said. “That closed the gap real quick.”

Ashcroft wouldn’t give Cook another opening as he closed out with a 12-6 decision victory. He became the second Bulldog to earn a three-peat as senior Lexie Cole did the same in the girls state tournament on Tuesday, March 9.

Ashcroft responded to the impressive feat with the calm demeanor of a wrestler who had been there before and expected to come out with the victory again.

“It feels great,” Ashcroft said. “There was so much leading up to this, so much time put into the room and it’s just great to see it all come out to this.”

Kearney head coach Jake Hill said Ashcroft’s low-key personality is the result of his constant preparation for taking the mat.

“For him, it’s just another day and that’s what’s amazing about it,” Hill said. “If we weren’t on spring break, he’d be back in the wrestling room tomorrow.”

Hill said thankfully, for the coaches and Ashcroft, the three-time state champion will get a full week to enjoy the moment before he’s right back at preparing for a fourth state title.

“He’ll be the first one banging on the door, asking to get back in the room,” Hill said.

Senior Garrett Deason hoped to join Ashcroft in the final, but he had two tough matches after his 10-1 major decision win in the first round.

Deason trailed Alexander Sederburg of Rolla by 8 points late in their quarterfinals bout. Deason refused to give up, as he systematically picked up one point after another as he tied things up in the closing seconds before a near fall gave him a 14-11 jaw-dropping comeback victory.

He was not able to replicate that in his 9-1 major decision loss to the eventual state champion in Callum Sitek of Pacific.

Deason ended up facing Eli Rocha of Platte County in a rematch of the district and sectional finals where Rocha earned 3-1 decision wins. Deason kept this match closer than the previous two, but Rocha still picked up a late (takedown or point) as Deason took fourth place.

After a 3-1 decision win in the opener, senior Ben Locke had the bad luck of running into Nathan Pulliam of Rolla in the quarterfinals. Pulliam, who entered the tournament as a two-time state champion and one-time runner-up, beat Locke by 12-1 major decision on his way to another state title.

Locke recovered by picking up a first round pinfall followed by 7-1 and 10-3 decision on his way to a fifth-place medal.

Langford lost his first round match by 3-1 sudden victory to Luke Bradley of De Soto before taking a pinfall loss against Zach Attebury of Belton.

Olson lost his opening match to Sam Murphy of McDonald County by 5-1 decision before having his final state tournament experience cut short after a 4-3 tiebreaker loss to Tanner Jackson of DeSmet.

Smithville brought six state qualifiers and half of them earned themselves a medal at the event.

Sophomore Kolby McClain earned his second state medal in as many years as he took fifth place. McClain narrowly lost to Colton King of DeSmet after King picked up a late point in a 3-2 win. McClain picked up 2-1, 5-3 and 10-8 decisions to close out with a medal after placing second last season.

Freshman Alex Hutchcraft lost to Jesse Hahs by 5-2 decision in the quarterfinals. Hutchcraft battled his way into a medal finish with a pinfall and 4-3 decision win, but he lost by 4-2 decision against Christian Finley in the fifth-place match.

Sophomore Riley Brown joined him with six-place finish. Brown earned 10-2 major decision over Patrick Schulte in his opening match, but he slid to the consolation bracket after a 11-3 major decision loss to Cayden Auch of Neosho.

Brown earned 9-4 and 5-0 decisions in the consolation rounds and only narrowly lost by 4-3 decision to Jeremiah Phillips of Fort Osage in the fifth-place match.

John O’Rourke and Ethan Muir picked up two wins at state, but ultimately were eliminated without placing. Mason Crim rounded out the Smithville state qualifiers as he lost two matches by pinfall at the event.