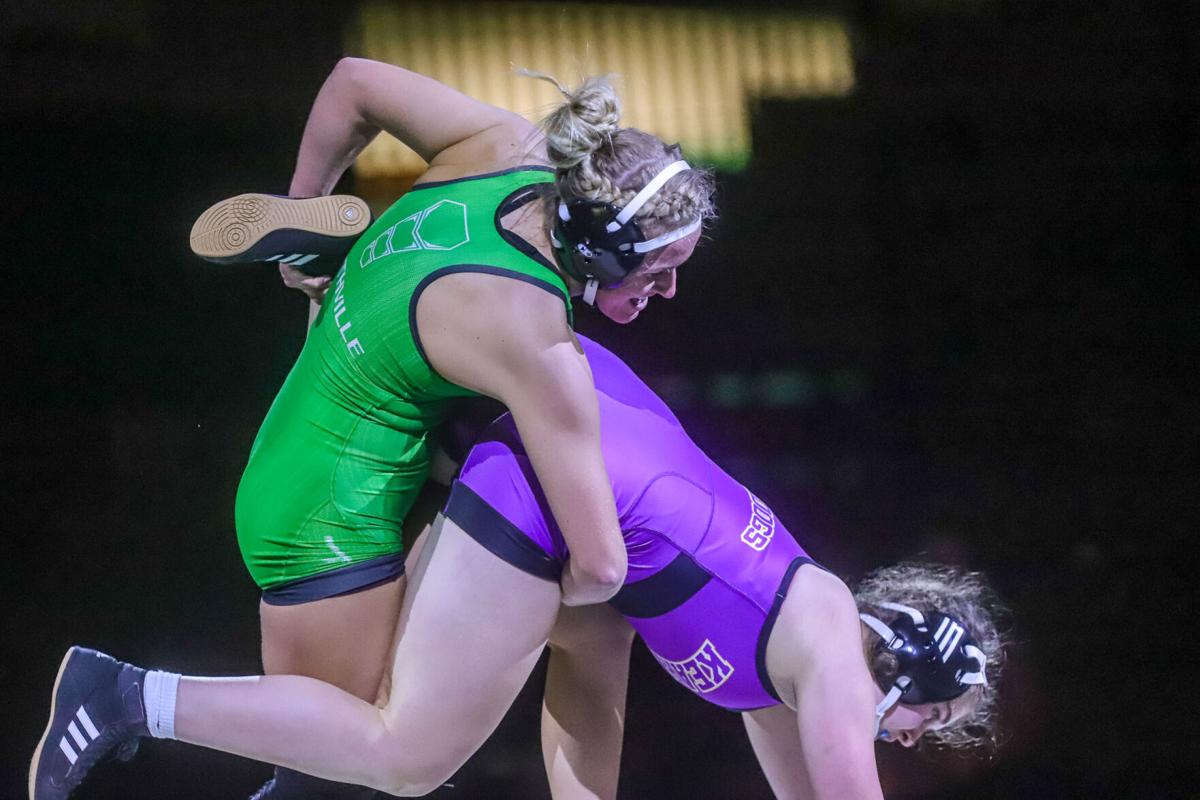 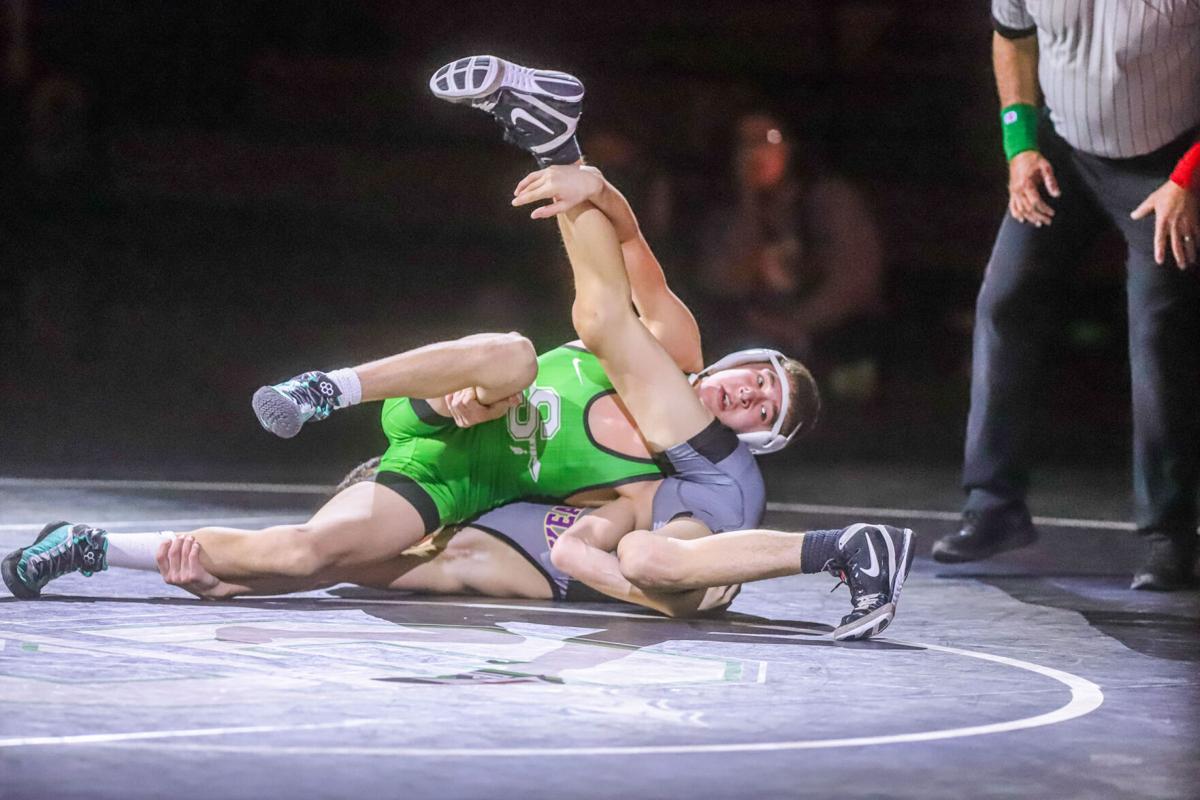 The Bulldogs picked up 3 points thanks to Ruby Freestone swinging a 4-3 decision over Noellie Parrot to open things up.

But the Warriors rattled off five straight pinfall victories to take a commanding 30-3 lead.

Smithville’s Gwen Lewis took down Kailey Rose halfway through the second round while Sydney Foster finished off Aly Basty toward the end of the first round.

Smithville’s Veronica McNeece (151) wore down Danica Green before securing the pin with less than 45 seconds in the second round. Emily Knight (159) was not able to secure the pin over Kearney’s Emma Powell in the first round, but instead pulled out the victory nine seconds into the second round.

Kearney’s Lexie Cole (235) earned her team its sole pinfall victory of the night, taking down Allison Dye 20 seconds into the second round.

Smithville went right back to work as Ruby Scarborough (107) beat Laney Cecil in a 10-6 decision, followed by Jessie Edwards (122) getting a pinfall victory over Savannah McDowell late in the first round.

Kearney boys got the better end of their dual with Smithville by winning 51-27.

Kearney’s Ben Locke (152) defeated Aiden Krahn via pinfall 35 seconds into their match while Brennan Cole-Hendricks (195) took down Tyler Wilson just under the minute mark. Tucker Black (220) took a little longer to finish off Tristan Wald with a pinfall at 1:22.

Smithville’s Mason Crim (285) pulled ahead late for a 3-2 decision of Zach Olson. Ethan McMullen (106) quickly responded for Kearney with a 5-1 decision over Trent Hallett.

Jeremiah Boone (113) started a three-match win streak for Smithville by pinning Trenden Rogers in the early stages of the second round. Kolby McClain (120) wasted no time as he pinned Declan Cockran in just 10 seconds.

Alex Hutchcraft (126) was a lot more methodical as he pulled out the pinfall with less than 20 seconds left in his match against Joey Perdue.

Kearney’s Eli Ashcroft (132) finished off John O’Rourke via pinfall late in the first round. Smithville’s Nate Lawhon (138) beat Jadon Freestone by pinfall halfway through the second round. Kearney’s Brock Mills (145) gave Kearney another pinfall win as he defeated Ty Sarrett in the second round.