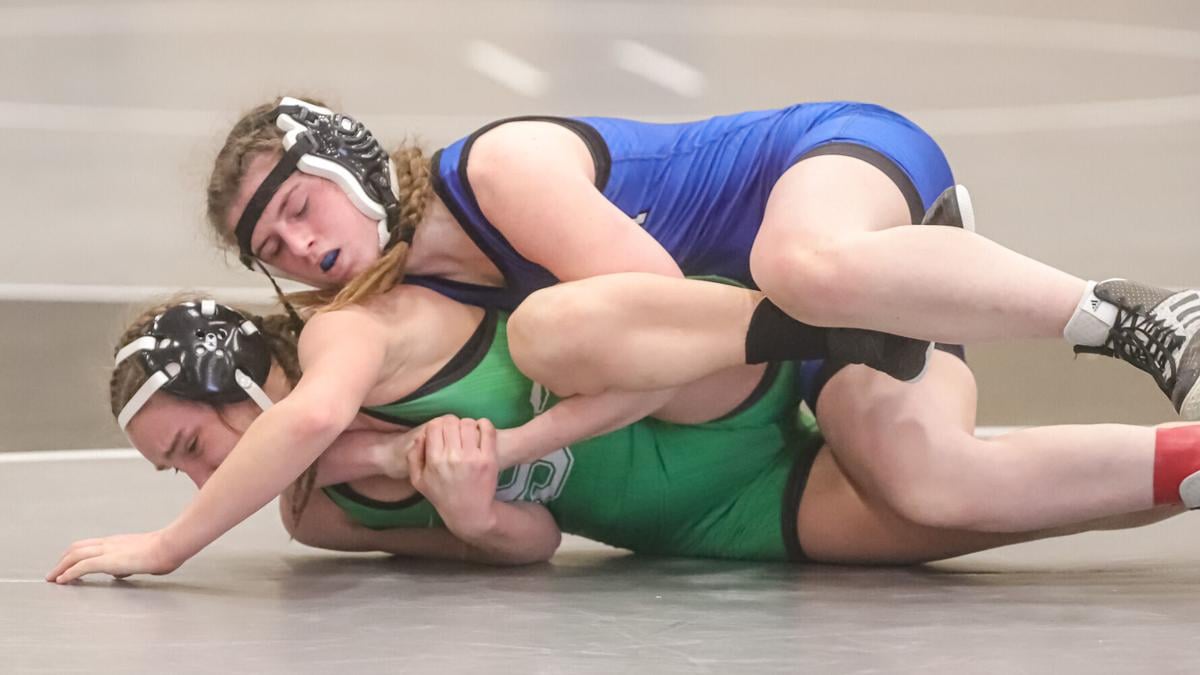 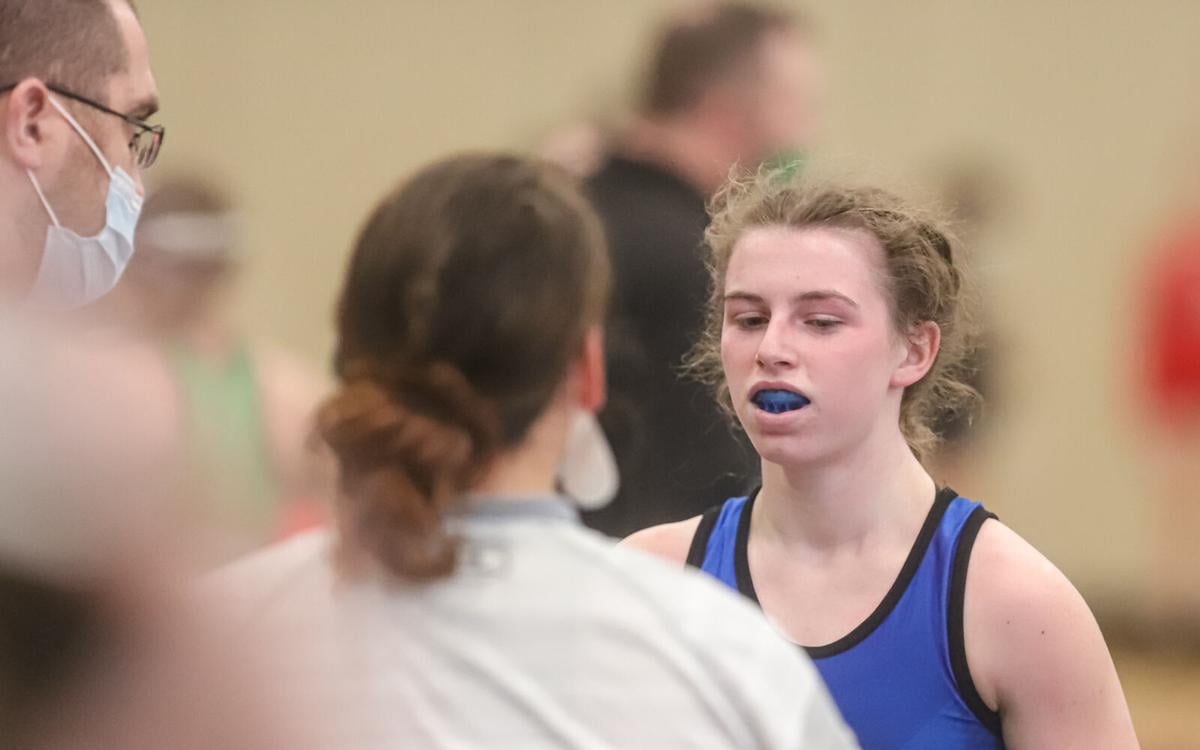 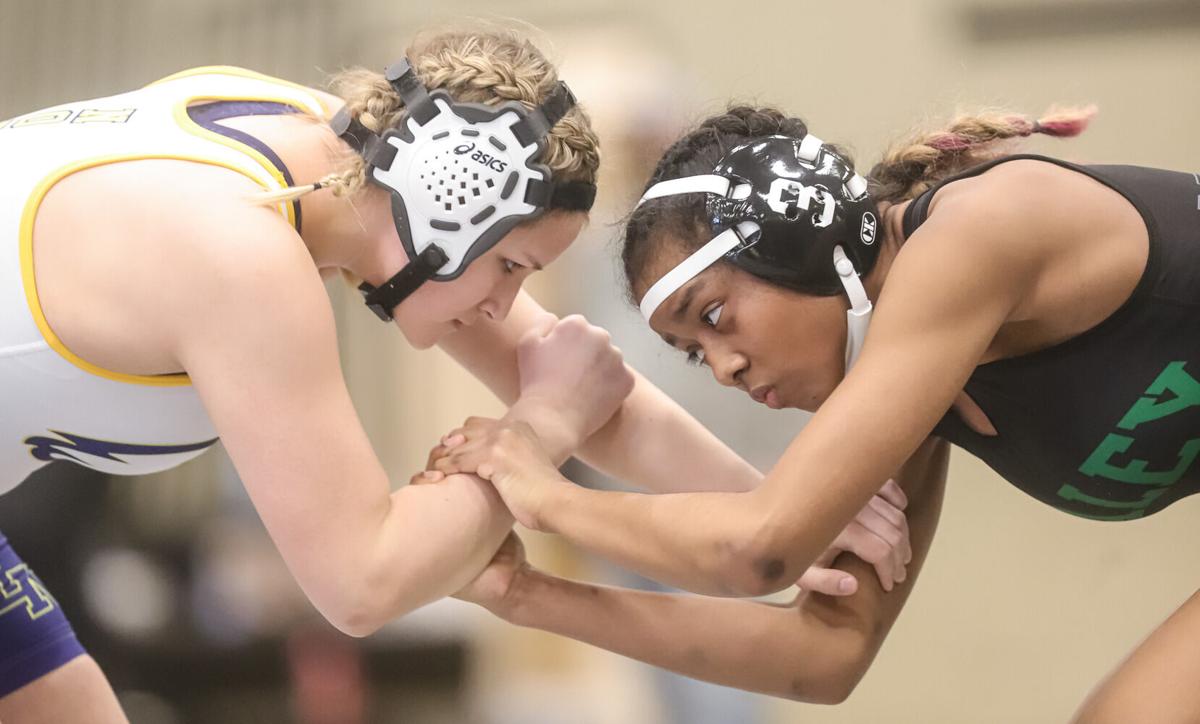 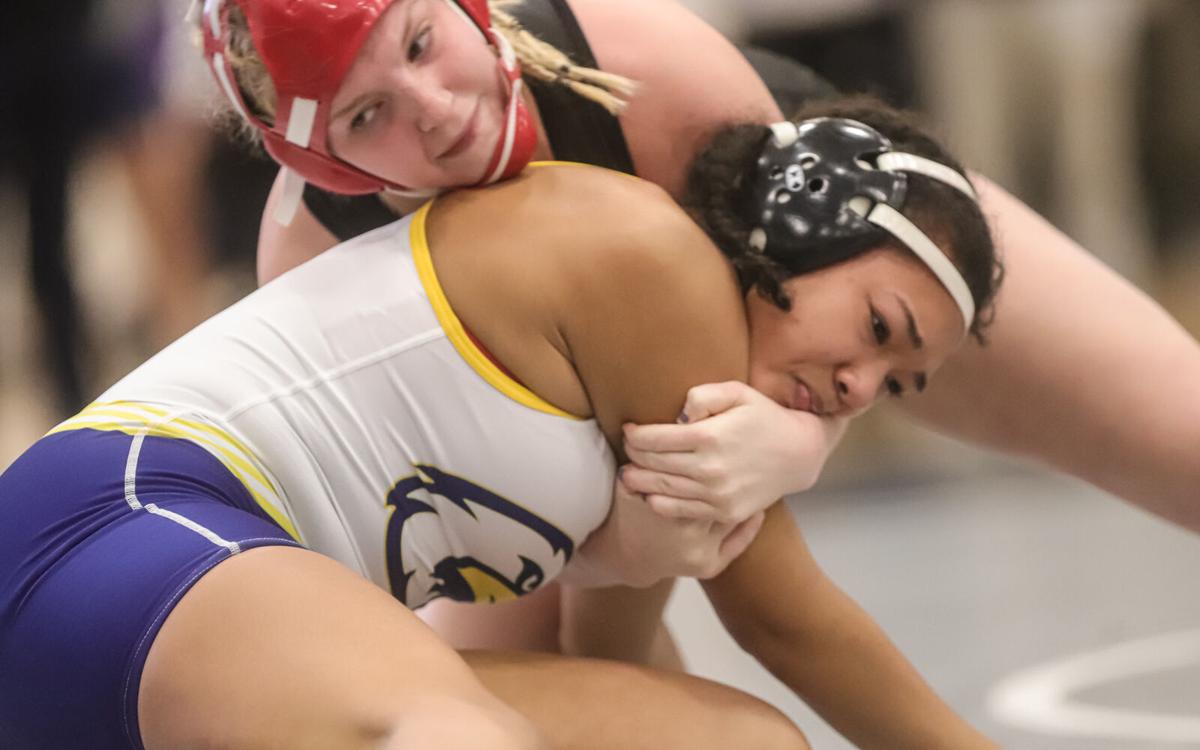 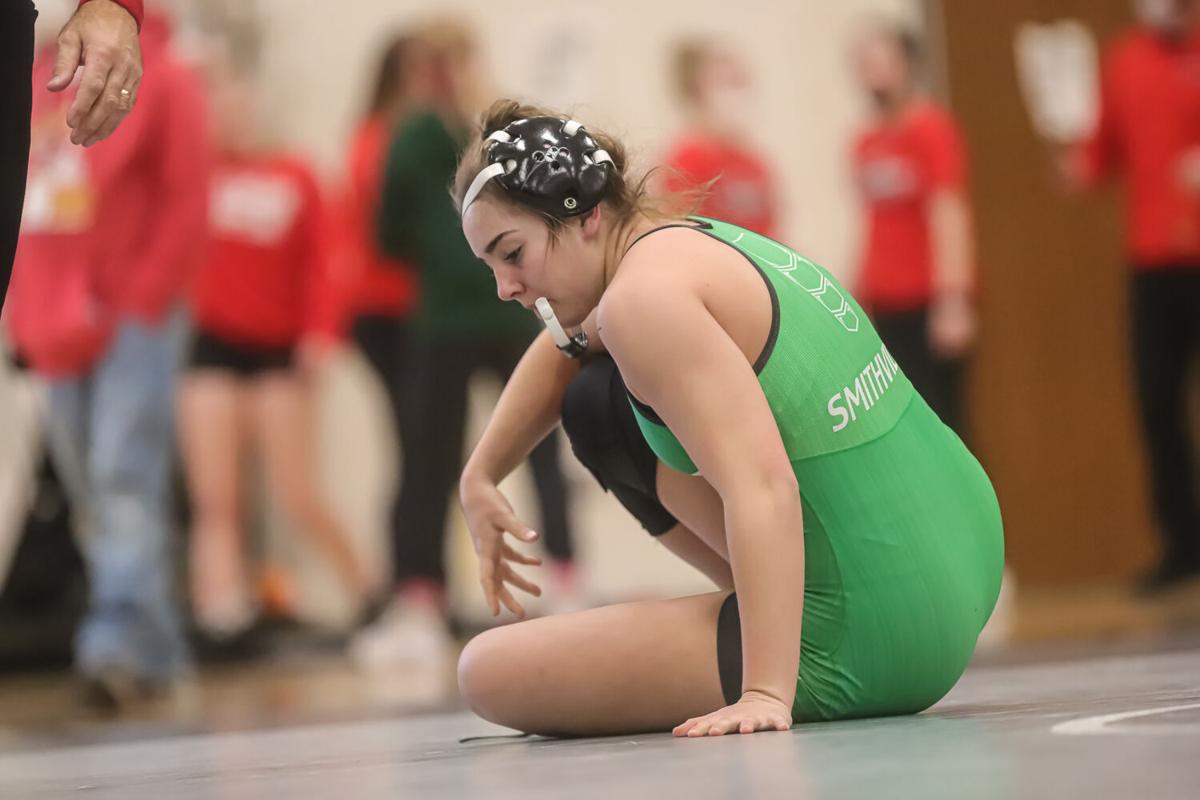 Smithville’s Rylee Robinette after getting pinned in the championship match of the Missouri Class 1 District 7 meet Saturday, Feb. 6 at Staley High School.

Smithville’s Rylee Robinette after getting pinned in the championship match of the Missouri Class 1 District 7 meet Saturday, Feb. 6 at Staley High School.

STALEY — Three area girls wrestling teams competed in the Missouri Class 1 District 7 meet Friday and Saturday, Feb. 5-6 at Staley High School and many of their competitors battled into the top four to advance to sectionals.

The Warriors had the best team finish of the area teams as they took second place with 100 points, behind only host Staley’s 135.

The team advanced six wrestlers to the sectionals and four of those girls made it to the championship bout, although none of them were able to secure the district crown.

Jessie Edwards (117) took down Cynthia Martinez of Marshall for a 7-3 decision in the semifinals. She battled hard in the finals but it was not enough to defeat Julia Breeden of Liberty, who picked up the fall two minutes, 30 seconds into the championship match.

Veronica McNeece (143) beat Aubrey Williams of Staley with a pinfall late in the first round of the semifinals but had to pull out of the finals on a medical forfeit. McNeece had just returned to the mat after suffering some injuries this season, and decided to save herself for the sectionals competition.

Emily Knight (159) picked up two pinfall victories before she went the distance with Sarina Bertram of Platte County in the final. Knight ultimately settled for second after Betram earned the sudden victory to win 3-1.

Rylee Robinnette (174) dropped her first two challengers in a combined 28 seconds. She had a tougher time in the final facing Raziyah Thomas of Marshall. Thomas took control almost immediately and Robinette was unable to hold long before getting pinned 40 seconds in.

In the third place matches, Ruby Scarborough (107) and Allison Dye (235) pulled out wins in their matches.

The Blue Jays started the meet knowing that they’d have to set individual goals rather than a team finish with just four competitors at the event. Still, that small group delivered as each one find their way into the top four to advance to sectionals.

The Breeden twins led the way as the freshmen remain indistinguishable except for one accessory, as even their medals match with both Jaden (107) and Julia (1 winning the district title in their respective weight classes).

Jaden, sporting her googles on the mat, took down each of her first two opponents in the first round before Emma Mott of Staley made her work a lot harder. She squeezed out the pinfall early in the third round.

Julia started with a pinfall but needed a 12-4 decision to get past her opponent in the semifinals. She had to wait until early in the second round against Edwards of Smithville, but maintained control most of the match before securing the pinfall.

Daisy Rapp secured a pinfall and then consective 6-1 and 4-1 decisions to reach the final. She stuck with Eve Herlyn of Park Hill but eventually was pinned toward the end of the second round.

Isabelle Tali (151) picked up a couple pinfalls at districts but couldn’t get past Haley Ward of Fort Osage in the semifinals or Cosette Jorgensen of William Chrisman in the third place match.

Erma Williams (151) advanced to the finals with pinfall victories, but she never seemed comfortable against a well-prepared Haley Ward of Fort Osage. Ward got the fall one minute, 21 seconds into the match.

Elaina Gorton (235) faced the same outcome as she did not have much left in the tank in her championship match against Kiara Boldridge of William Chrisman.

Chloe Taylor (143) and Kate Grundy (195) battled through the consolation bracket to place third in the event. Angel Sanchez-Hernandez will join those four other Eagles at sectionals after finishing in fourth place.